UNI-FORM is a European project, financed by the European Commission, and being implemented until November 2017 in ten (10) European Union countries. After collecting relevant information from interviews with key stakeholders (security forces, justice professionals, victim support services and victims), this project will develop an online reporting form and a mobile app. Both the website and app will be directly linked to the national LGBT partner organisations and may or may not also be linked to the relevant national security force.

The project aims at increasing awareness raising on hate crimes against LGBT people and at providing appropriate tools for reporting, while also enhancing cooperation between LGBT organisations and security forces.

***OBJECTIVES OF THE PROJECT***

Çavaria is the Flemish LGBT umbrella organisation with more than 130 member associations. We have been involved in public policies to combat LGBT related hate crime and hate speech. We train liaison officers and inform victims about their rights.

Estonian Human Rights Centre is an independent non-governmental human rights advocacy organisation. For years, EHRC has been advocating for the better hate-speech legislation in Estonia and adding homophobia and transphobia as an aggravating factor for criminal offences. In addition, EHRC has carried out several studies that include LGBT and hate crime issues, among others compliance documentation report on Estonia “Implementation of the Council of Europe Recommendation to member states on measures to combat discrimination on grounds of sexual orientation or gender identity (Rec(2010)5)”.

Háttér Society, founded in 1995, is the largest LGBTQI NGO in Hungary. It operates an information and counselling hotline, an in person counselling service, a legal aid service, an HIV/AIDS prevention program and an archive documenting the history of the LGBTQI movement in Hungary. Besides its core activities Háttér regularly participates in research and training projects and is actively involved in lobbying for advancing the rights of LGBTQI people through legal change. Háttér is an active member of the Hungarian NGO coalition Working Group Against Hate Crimes.

GLEN is a Policy and Strategy focused NGO which aims to deliver ambitious and positive change for lesbian, gay and bisexual people (LGB) in Ireland, ensuring full equality, inclusion and protection from all forms of discrimination. One of GLEN’s focuses is policing and community safety. Everyone, including LGBT people, have the right to live safely, without fear and to participate fully in all aspects of life. Being attacked or harassed is an awful thing to happen to anyone, but being attacked or harassed because of who you are is even more difficult and leaves you feeling very vulnerable. These types of attacks are unacceptable. GLEN work closely with the Gardaí and other organisations to ensure that LGBT people feel safe within their community. 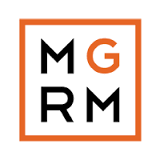 MGRM strives to achieve full equality for LGBTIQ people in Maltese society, a society that enables people to live openly and fully without fear of discrimination based on one’s sexual orientation, gender identity, gender expression or sex characteristics. It does this through advocacy, awareness raising, service provision and community building. One of MGRM’s current projects involves addressing hate speech and hate crime looking into incidence, reporting mechanisms, support to victims and networking with stakeholders such as the security forces, support service providers, judiciary, human rights bodies and organisations and the LGBTIQ community.

ILGA Portugal is Portugal’s largest and oldest LGBT organisation with almost 20 years of existence and a variety of work in favour of the LGBT community in Portugal. ILGA Portugal is also very experienced in LGBT-related hate crime via support for victims, data collection for the OSCE and training of national security forces as well as on-line training for CEPOL (being the first European organisation providing training on LGBT issues).

The Spanish Federation of LGBT organizations (FELGTB) is engaged in fighting hate crimes, providing support and legal advice to LGBT victims, and raising awareness of LGBT issues within society, the LGBT community, and the Administration. FELGTB organizes trainings for law enforcement bodies and other audiences and releases an annual report on hate crimes against LGBT people in Spain. FELGTB coordinated the EEA Grants-funded project “Networks against hatred”, which was chosen as best practice by FRA for its successful coordination of different stakeholders and for the campaign “Say It Out Loud” (www.conlavozbienalta.org)

Galop is an LGBT anti-violence project in the UK. It provides specialist support, advice and direct assistance to people facing hate crime, domestic abuse and sexual violence. It also aims to improve the response of agencies to hate crime through training, research, lobbying and campaigning. It’s work is independent and community-led.

The National LGBT* Rights Organization LGL is the sole civil society organization in Lithuania, exclusively working in the field of LGBT* human rights. With the view of combating the negative phenomenon of anti-LGBT* hate crimes and hate speech, the organization seeks to enhance the capacities of the national stakeholders through the targeted trainings, public consultations and advocacy work. It also provides legal and financial support for the victims of anti-LGBT* hate crimes. Finally, the association LGL encourages the members of the local LGBT* community to report the experienced instances of hate speech and hate crimes to the competent national authorities through the targeted awareness raising measures.