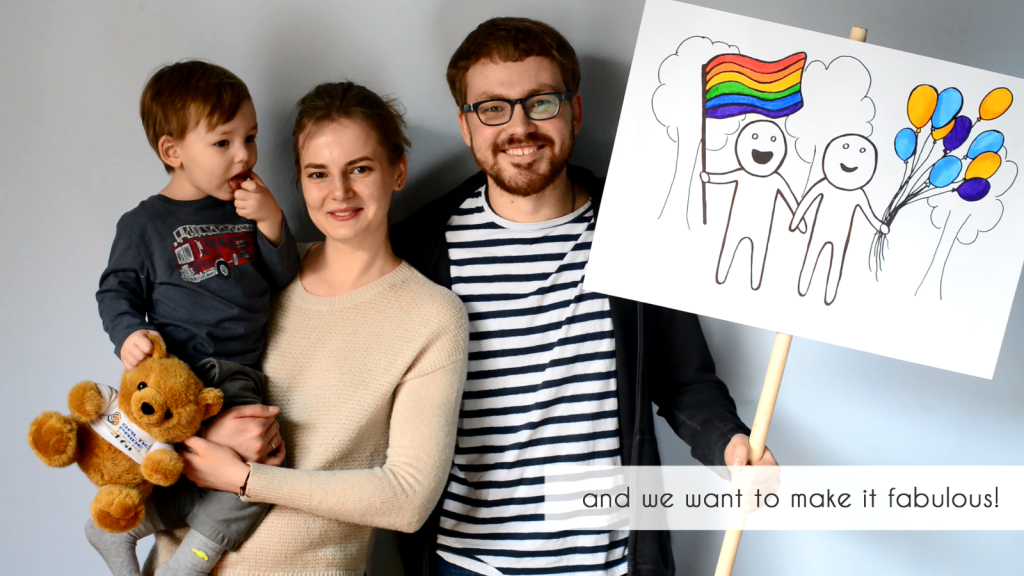 On March 8th, 2016 the National LGBT* Rights Organization LGL launched a crowdfunding campaign with the view of collecting financial donations for the upcoming Baltic Pride 2016 festival in Vilnius on June 13th – 19th, 2016. The launch of the campaign also includes the official presentation of the Baltic Pride 2016 promotional video and the Baltic Pride 2016 programme. “WE ARE PEOPLE, NOT PROPAGANDA”, i.e. the official slogan, selected by the members of our LGBT* community, indicates the most pressing challenges that we are experiencing under the Lithuanian national circumstances.

This year the Baltic Pride festival will be used as a platform for articulating two political demands: (a) to challenge the discriminatory provisions of the Law on Protection of Minors against the Detrimental Effects of Public Information (i.e. ‘anti-gay propaganda’ law) and (b) to foster discussion on legal recognition of same-sex relationships within the local LGBT* community and the general public. In order to speak about these issues more comprehensively, we are going to organize multiple public events during the Baltic Pride 2016 week, including Pride Voices (i.e. theatrical event for sharing personal stories by famous LGBT* people and our allies), International Human Rights Conference, March for Equality on Gediminas Avenue and the Urban Pride Park concert.

We organize the crowd funding campaign in order to promote the fundraising culture among our community members and to make the organization of the future Prides more sustainable and less dependent on external funding. Even the small donation makes a big difference for us. Despite the fact that we are very actively working with the view securing some funding from international organizations, foreign embassies and local business, we still need some help in executing our ambitious programme.

The first 50 $ donation was received from the LGL’s Executive Director Vladimir Simonko. “Baltic Pride is not only about the political change, but also about building our community. We have started with a few hundred people in 2010 and now we are in thousands. As Lithuania remains to be one of the most LGBT*-challenging societies in Europe, the Pride is needed now more than ever. Join us under the rainbow flag in June, because the momentum is here,” – says Vladimir.

In order to support our fundraising efforts further, we would kindly ask you to share our FaceBook post on the launch of the campaign on your social media profiles. Your support and dissemination is crucial at this point. In order to do this, please follow the >>> LINK <<< and click the “SHARE” button.

We say it loudly and proudly – “WE ARE PEOPLE, NOT PROPAGANDA”. Thank you for your encouragement and support. We are hoping to see you in the Baltic Pride events on June 13th – 19th. Together we are one!