Lithuanian MEP Viktor Uspaskich whose Facebook page features a video of him calling LGBT people “perverts” has been given until Thursday to explain and apologise if he wants to stay in his political group.

Uspaskich, a leader of Lithuania’s populist Labour Party and a member of the centrist Renew grouping in the European Parliament, published the live Facebook video on Sunday.

In it, he can be heard talking about individuals who “feel a certain inclination,” and stating: “Those who put their dick under a skirt and go into the street and shout, they are perverts, and such things must not be tolerated.”

The head of the Renew group, Dacian Cioloș, sent an email to Uspaskich late Monday demanding the Lithuanian MEP explain himself, according to a copy seen by AFP.

“I must insist that you take back these despicable homophobic remarks and apologise to both the public and to your colleagues in Renew Europe for the hurt you have inflicted,” Cioloș wrote.

“I expect this from you no later than Thursday January 14 at noon.” 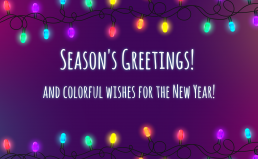