With the popularity of social media, each internet user now has the right to openly express their thoughts on various issues. Many commenters on online forums have moved to social media, where one can speak out without moderation. Facebook, the most popular social media platform in Lithuania, has given its users unprecedented visibility and freedom to express their opinions. It’s for the same reason, though, that some Facebook users no longer feel safe on the platform due to the lightning-fast spread of hate speech against the LGBT community. Even so, only a small fraction of social media users know that they can report comments inciting hatred on social media. This method, compared to lengthy and frequently fruitless litigation in national courts, is fast, effective and allows users themselves to combat hate speech in the public space.

In order to solve the problem of incitement to hatred on social media at the EU level, the European Commission introduced the EU Code of Conduct on countering illegal hate speech online in 2016. This is a codex under which participating social media platforms are required to take measures specified in the document to combat instances of unwanted hate speech on their websites, and submit to a hate speech monitoring process. Major players like Facebook, Microsoft, Twitter and Youtube immediately pledged to comply with the Code of Conduct. These platforms agreed to review users’ complaints about potential instances of hate speech within 24 hours of report, and, in accordance with laws effective in certain EU member states, delete recordings, comments, illustrations, pages, video clips and event pages promoting hate speech. Social media platforms complying with the Code of Conduct are also required to accept feedback from users who have reported hate speech and take appropriate measures for transparency.

At the end of 2016, the first 6-week cycle of monitoring hate speech on social media concluded, with participation from 12 non-governmental organizations from 9 EU countries. NGOs participate in this process as “trusted flaggers”. This means that social media platforms complying with the Code of Conduct recognize that NGOs working with groups marginalized on grounds under which one is protected from hate speech (age, gender, sexual orientation, disability, race, nationality, language, ethnicity, social class, religion or belief) are best-equipped to recognize hate speech against the group that they represent, so reports from these experts must be evaluated quickly and thoroughly.

In June 2017, LGL joined the social media monitoring process. European Commissioner for Justice, Consumers and Gender Equality Vera Jourova, who presented the results of the second monitoring cycle, emphasized that social media platforms have made clear progress, but that additional measures must still be taken to effectively implement the Code’s provisions.

In January 2018, Instagram and Google+ submitted to the Code of Conduct. Around the same time, it was announced that the third monitoring cycle’s results showed that social media platforms had deleted 70% of illegal instances of hate speech reported by NGOs and public institutions. In May 2018, Snapchat submitted to the Code of Conduct, and in June, Dailymotion joined, becoming the first platform founded in Europe to participate in the monitoring process.

During the fourth monitoring cycle, which took place from November-December 2018, LGL reported 317 illegal comments inciting hatred towards LGBT people on Facebook. Facebook deleted 300 (94.6%) of the 317 reported comments, the most successful social media monitoring result yet.

Having assessed the damage done to a social network’s image when its environment becomes unsafe for a portion of its users, the companies have begun to take active steps to resolve the problem. Also, in acknowledgement of their successful cooperation and LGL’s independent contribution to stopping the spread of hate speech on Facebook, the said social media platform is officially contributing to Baltic Pride 2019 for the first time in the festival’s history, providing financial support to communication expenses for festival events.

What is illegal hate speech?

Article 170. Incitement against Any National, Racial, Ethnic, Religious or Other Group of Persons

Why report instances of hate speech on social media?

Reporting comments inciting hatred on social media doesn’t take a user more than a minute. Social media platforms are making an effort to make the process of reporting illegal comments more accessible, faster, and more effective for users, and to make sure more and more users know that they can report inappropriate comments, recordings, illustrations, pages, video clips and events.

Social media platforms are required to review user-submitted complaints about potential instances of hate speech within 24 hours, and, taking into account effective laws in certain EU member states, delete recordings, comments, illustrations, pages, video clips and events promoting hate speech. In every instance, the social media platform will inform the user who submitted the complaint of the decision made on the author of the comment. If the user is violating the platform’s rules for the first time, they will receive a warning. If the user has repeatedly or constantly violated rules, the company may take the decision to temporarily or permanently ban the account of the user making hateful comments.

Finally, the opportunity to report illegal comments empowers social media users to become active members of the platform’s community rather than passive observers, contributing to the inclusion of every user in forming a community.

This article was prepared as part of the project “Come Forward: Empowering and Supporting Victims of Anti-LGBT Hate Crimes”, which is funded by European Union’s Rights, Equality and Citizenship Programme (2014-2020). 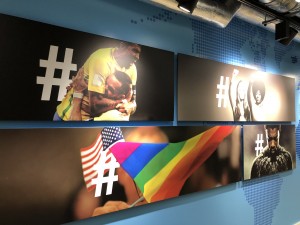 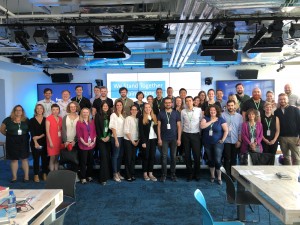 Meeting with the representatives of the European Commission, IT companies and NGOs at “Facebook” headquarters in Dublin 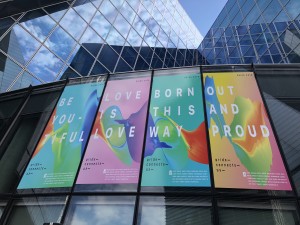 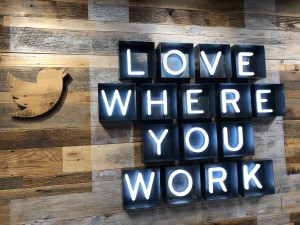