Older LGBT people face multiple discrimination: not only because of their age, but also because of their LGBT identity. In Lithuania, this is an especially sensitive problem, and one that is rarely discussed. Although LGBT people in Lithuania are becoming more and more open about their sexual orientation and gender identity, LGBT seniors rarely choose to live openly. This is influenced by a multitude of factors, including historical injustice that the LGBT community suffered in occupied Lithuania, internalized homophobia, fear of change, and discrimination from within the LGBT community itself. When one has spent the majority of their life hiding their LGBT identity, coming out is no easy decision.

LGBT human rights protections are considerably more widespread in Finland. For some years now, Finnish LGBTI organization Seta has already been looking out for older LGBT people’s inclusion in the local community, and holding workshops for those who provide specialized services for seniors. Healthcare personnel attending these workshops are taught sensitivity towards older LGBTI people. This helps to ensure that seniors who spend the golden years of their lives in assisted living homes are able to live free from discrimination.

While visiting Vilnius, Seta’s Senior Work Coordinator Touko Niinimäki and one of the organization’s older volunteers Risto met with LGL to share best practices from Finland in the area of ensuring equal rights and protection from discrimination for LGBT seniors. They also discussed Seta’s efforts to encourage cooperation between LGBT youth and seniors. 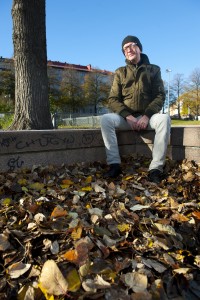 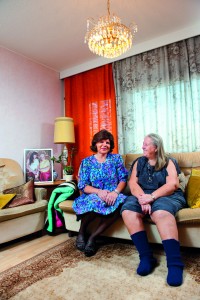 When did discussion about ageism against LGBT people take off in Finland? Does the Finnish government acknowledge this phenomenon? What measures have been taken to effectively respond to the problem?

Touko: “We have been managing two programs for LGBT seniors since 2012. The need to implement these projects became apparent when we saw the results of national and international surveys of LGBT seniors. The survey results showed that older LGBT people often suffer discrimination and social exclusion when they seek healthcare services. That was when we undertook a project to minimize the inequality that LGBT seniors face as they age. There’s no law in Finland that defines protections for LGBT seniors’ human rights; however, older people’s rights are defined in our law on equality. As part of the aforementioned projects, we’ve organized workshops in educational institutions that train personnel to work in assisted living facilities and healthcare facilities that provide services to seniors. Seta’s older volunteers participate in these workshops by sharing their personal stories. We also work together with other NGOs that work with older people, and meet regularly with government representatives.”

Touko: “People usually discriminate against one another because they do not know each other. So first of all, they need to be encouraged to meet up and share their stories. These kinds of meetings teach people to accept diversity and other points of view. You also need to network with other organizations and healthcare facilities, and increase awareness about ageism. When you’ve done that “homework”, you can start meeting with local politicians and decision-makers and encourage them to include protection for LGBT seniors’ human rights in national law. Before including LGBT seniors in your organization’s activities, it’s also worth starting up a support group just for seniors, where they can meet up and get to know each other.”

What measures have the government, Seta and other NGOs in Finland taken to counter ageism against LGBT people? Is countering ageism one of Seta’s strategic goals? Would you be able to share some best practices from Finland in this area?

Touko: “The secret to our success is in our trainings, cooperative work and legal base. I would name the Rainbow Certificate as one example of best practices – it’s awarded to senior healthcare institutions that have participated in 6 hours of LGBT sensitivity training and prepared an equality and diversity plan. Then, the measures laid out in the equality and diversity plan are put into practice for 6 months. If their strategic goals are achieved, the institution receives special stickers denoting it as an institution where every LGBT senior can feel safe and comfortable. This certification system was first applied in the Netherlands.”

Has the Finnish government implemented any programs providing financial support to NGOs that work for older LGBT people’s human rights? What about the media, ministries, or the Gender Equality and Non-Discrimination Ombudsperson’s Office? In your opinion, do NGOs in Finland have the capacity to implement projects without government support?

Touko: “The Finnish government finances our work. None of the institutions you mentioned are directly involved in our work aimed at countering ageism – however, without their funding, our work would not be possible. We’ve also had success working with media representatives who publish pieces about ageism. We regularly meet with representatives from the offices of the Ombudspersons for Equality and Non-Discrimination.”

Is Finland one of the leaders in securing human rights protections for older LGBT people? What is the situation like in other European countries? Is there any country in Europe that could be called “paradise” for LGBT seniors?

Touko: “Discrimination on the basis of age is prohibited by our country’s Constitution. Finland also has equality laws. The situation in this area differs in various European countries, and the situation for LGBT seniors is shaped by the laws of their respective countries. In our country, employers are required to take measures to ensure the equality of all workers and promote diversity in the workplace. The situation for LGBT seniors is quite good in countries that have a certification system for healthcare facilities, for example, the Netherlands, Sweden and Finland.”

Do older LGBT people in Finland actively fight for their own rights, raise awareness about ageism and get involved in community activities?

Touko: “About 7-9 older volunteers take part in our workshops. In Helsinki and a few other Finnish cities, there are LGBT senior support groups. LGBT seniors participate in our organization’s other events as well and are active members of our community.”

In Lithuania, most LGBT seniors hide their LGBT identity due to the historical injustice they’ve experienced in the recent past. They suffer from poverty and social exclusion due to being rejected by those close to them. What problems do LGBT seniors face in Finland? What can we do so that LGBT seniors will be able to live full lives?

Risto: “We were also persecuted for same-sex relationships in Finland in the 1970s. In the 80s, homosexuality was considered a psychological disorder. In the 90s, it was still unacceptable to publicly talk about LGBT issues. Finland and Lithuania are connected by a similar history. I hope I won’t ever have to hide my sexual orientation again.”

Touko: “LGBT seniors in Finland still lack visibility in the healthcare sector. We need to increase society’s awareness about multiple discrimination on the grounds of age and LGBT identity. We talk about this problem a fair amount in Finland, but it’s time to start putting equality into practice. It’s time to identify LGBT seniors’ specific needs. Equality frameworks in senior healthcare facilities should be the norm, not the exception.”

Vladimir Simonko, Executive Director of the National LGBT rights organization LGL, says that in recent years, a cult of youth has emerged in Lithuania, becoming the norm in most groups of society. The LGBT community, which still experiences discrimination and remains closed off in Lithuania, is no exception. This means that parts of the LGBT community suffer multiple discrimination on the grounds of both their age, and their sexual orientation or gender identity.

This cult of youth is especially prominent on social media platforms such as Facebook and Instagram, as well as the app Grindr, which is popular among gay men and asks users to publicly display their age. “Social media is becoming a tool of social exclusion, and this isn’t being talked about in Lithuania. This means that older LGBT people are facing social isolation just because their age doesn’t fit the usual ‘standards’ in Lithuania,” Simonko states.

“LGBT seniors in Lithuania lack opportunities to socialize both with young people, and with other people their own age. This effect is especially pronounced in Lithuania’s small towns. LGBT seniors living in the provinces are in a truly unenviable situation – these people have no opportunity to live a full life. Some of them lose their motivation to live at all,” he continues.

“Ageism against LGBT seniors in Lithuania is a particularly sensitive issue that can’t be left only to the LGBT community itself to solve – this is all of our, and our government’s, responsibility. To this day, I can’t understand why the Ministry of Social Security and Labour, whom this issue should concern the most, ever-so-formally rejected LGL’s application, that took us half a year to compile, for the project Active Participation and Equal Opportunities for All under the European Social Fund Agency’s program 54+. This was a pilot project, thanks to which LGBT seniors would have been able to realize themselves and make active contributions to society. This insensitive approach gives the impression that older LGBT people’s problems are unlikely to become a priority for the state any time soon. And unfortunately, in the meantime, we’re risking even greater social exclusion of LGBT seniors,” Simonko emphasizes. 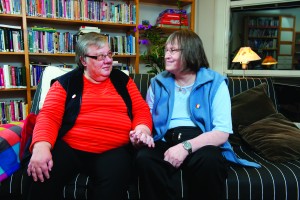 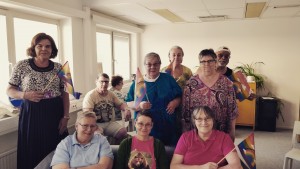 Baltic Pride 2022 Festival Starts on 31st of May in Vilnius 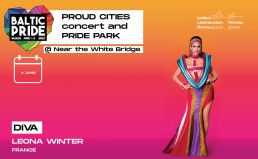 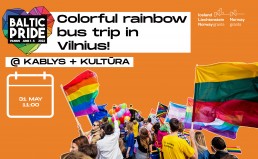