The arrival of Spring calls for reflection upon the past year, and the goals and expectations that defined it. Last year, the national LGBT* rights organization LGL completed more projects and hosted more events for the general public and the LGBT* community than ever before, and these initiatives were recognized both in Lithuania and abroad. Many of our achievements are the result of the hard work of our volunteers, friends and supporters from Lithuania and around the world, and the LGL team is incredibly thankful for such assistance.

We would particularly like to highlight the following accomplishments: 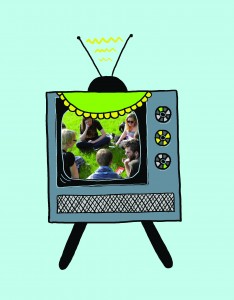 We won the right to broadcast the video clip for our social campaign “Change it.” Over half a year has passed since the clip’s creation, and after fighting against a considerable amount of institutional censorship, we were finally able to reach an agreement with one television network, and the clip was aired successfully. 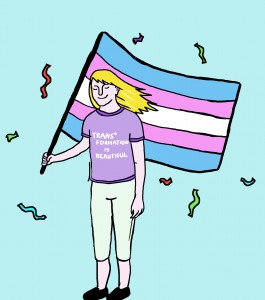 We held dozens of community activities, including the first-ever event specifically for members of the transgender community in Lithuania. Last year, we not only organized a week dedicated to transgender visibility, but also celebrated Rainbow days, Bi Visibility Day, International Lesbian Day, the Transgender Day of Remembrance, and many others. 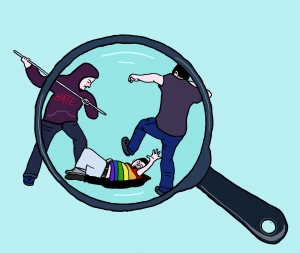 We have also been informing the world of homo/transphobic laws and hate crimes in Lithuania. By having a wide network of contacts and maintaining relationships with a number of organizations and politicians, we are able to quickly report such events. Lithuania is gaining more visibility and the events that take place here are highlighted by the global media. This in turn pressures our politicians to act in a more careful manner.

We have no intention of stopping our work in the coming years, and it is only thanks to you that we will be able to: 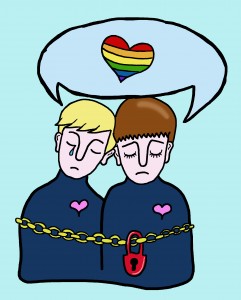 Appeal to the ECHR regarding LGBT* rights violations. In the past year, a number of very flawed practices were legitimized and they have the potential to set a dangerous precedent for the future. For example, the distribution of Neringa Dangvydė’s storybook “Amber Heart” was discontinued because it contained stories of same-sex relationships between two princes and two princesses. In the fall, the Office of the Inspector of Journalist Ethics recommended that Lithuanian television networks censor the video clip for our social campaign “Change it.” In the winter, LGL unsuccessfully appealed to the Prosecutor’s Office to address the harassment faced by two young men who published a photograph of a kiss they shared. Transgender individuals have also been asking us for assistance in legal proceedings, and external financial support is needed for all of these cases. 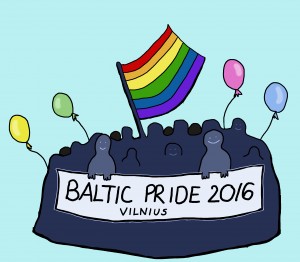 Preparation for Baltic Pride 2016. The festival’s location alternates between Tallin, Riga and Vilnius, and next year it will be held in the Lithuanian capital. Baltic Pride is the largest “rainbow” event in Lithuania, and will require a considerable amount of human and financial resources. The main and most visible part of the festival is the “For Equality” March, which will take place in the city center. The new Mayor of the City has already declared his support! 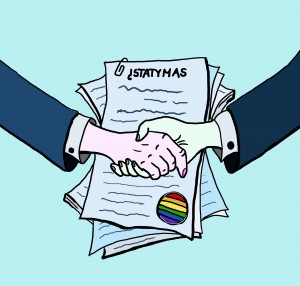 Participation in policy development and advocacy. LGL continually seeks to improve the legal situation for members of the LGBT* community. We lobby in the field of gender reassignment, provide consultation regarding issues of civil partnership, and try to prevent new homophobic and transphobic legislative initiatives from gaining traction. We represent the LGBT* community in the adoption of new laws and social initiatives, but additional contributions from our friends and supporters are needed to ensure successful engagement.

Our aspirations may exceed what is possible, but we are confident that by contributing 2% of your annual revenues from 2014, you will greatly help us to achieve our goal of creating a social environment that is friendly and accepting toward the LGBT* community and a country that is open to all. You can find more information about how to support LGL here.

Thank you for your continued support!