On Tuesday 26 November, Members of the European Parliament debated on Public discrimination and hate speech against LGBTI people, including LGBTI free zones. This debate was requested upon initiative of the LGBTI Intergroup.

Since the beginning of 2019, 87 localities (regions, counties and municipalities) have passed bills or have declared themselves “LGBTI-free” or “free of LGBT ideology” in Poland. These initiatives are part of a broader ensemble of attacks against the LGBTI community in Poland, such as growing hate speech by public and elected officials against LGBTI people, attacks and bans on Pride Marches or awareness-raising programmes and actions such as Rainbow Friday.

“We cannot let this anti-LGBTI hate develop any further in Poland”, said Terry Reintke, Co-Chair of the LGBTI Intergroup. “The European Commission needs to do more than monitor and condemn the situation, it needs to take concrete action and protect thoroughly the rights of LGBTI people and all citizens against discrimination”.

The growing number of attacks against the LGBTI community coming from the state, state officials Governments at the national and the local level, and politicians is not restricted to Poland and can be observed in several countries in the EU. And when attacks come from the general public, authorities fail to react promptly and adequately, leaving the victims at risk – as show for example recent attacks on LGBTI-related events in Hungary. All over the EU, anti-LGBTI discourses translate into more violence on the ground as show the increase of reported cases in Germany, the UK and Finland. In Lithuania, an anti-propaganda law is used since 2010 to silence the LGBTI community and censor LGBTI-related content in the media.

“This is a reminder that human rights in the EU cannot be taken for granted, and more must be done to protect LGBTI people and other minorities against violence and discrimination” said Malin Bjork MEP, Vice-President of the LGBTI Intergroup. “More generally, this shows the urgency to act and protect the rule of law across the EU.

The European Parliament will vote on a resolution at the December plenary. 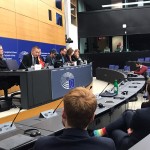 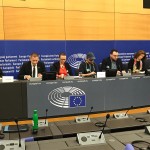 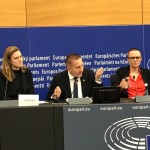 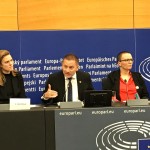 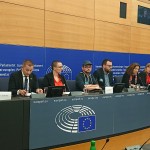 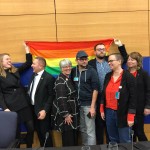 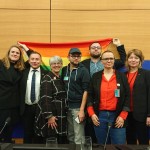 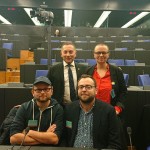