Irish scholar, independent Senator, civil rights activist and candidate for President of Ireland in the October 2011 election David Patrick Bernard Norris has been at the forefront of the Irish LGBT human rights movement. Being the first openly gay person to be elected to public office in Ireland and founder of the Campaign for Homosexual Law Reform, Norris took the Attorney General to the High Court over the criminalisation of homosexual acts. Having lost the case in the High Court and the Supreme Court, Norris took his case to the European Court of Human Rights (Norris v. Ireland). In 1988, the European Court ruled that the law criminalising same sex activities was contrary to the European Convention on Human Rights. This law was repealed in 1993.

David Norris was amongst the keynote speakers at the international Baltic Pride Human Rights Conference on 6th June 2019. In this article, David Norris looks back at the historic ECHR case and the effects it had on Catholic Ireland’s recent embrace of LGBT human rights.

Could you please tell us more about your decision to apply to the European Court of Human Rights? You successfully charged that Ireland’s criminalisation of certain homosexual acts between consenting adult men was in breach of Article 8 of the European Convention on Human Rights (right to respect for private and family life). What impact did this case have on your life? Was it a turning point of your career? Were you supported by the local politicians and LGBT community?

“My decision to go to the European Court of Human Rights was taken by my experience as Chairman of the Law Group in the Irish Gay Rights Movement. We dealt with men – mainly professional married men – found in compromising circumstances. I wanted one of them to take a constitutional angle, but naturally enough, they didn’t want any further publicity. We then built a case around my own experience. One of the difficulties is locus standi. Luckily I had a collapse in a Dublin restaurant, was taken to Baggot Street Hospital in the heart ambulance. While there it was transpired that I was gay, they sent me to a psychiatrist, who advised me that in the state of the law in Ireland, it would be prejudicial to my health to remain. This gave me the opportunity to take the action.

The principal thing I had at the end was to get international experts from all over the world to attend. This meant that it was reported day after day in the front page of the newspapers, breaking the veil of silence that had covered this subject.

It had very little impact on my life and it wasn’t the turning point in my career. The principal politician who supported me, as very few did, was the late Dr. Noel Browne, and the gay community were mixed in their response.”

As a result of this case, the law criminalising same sex activities was repealed in 1993. Although in Lithuania homosexuality was also decriminalised in 1993, the LGBT human rights situation in our country is dramatically different from Ireland. Lithuania and Ireland are also both strongly influenced by the predominant Catholic Church. What do you think are the key aspects of the Irish success in ensuring LGBT human rights?

“Lithuania and Ireland until recently were both very strongly Catholic countries. However, the continuation of a series of horrifying scandals involving abuse of children by clerics has really weakened the Roman Catholic Church and it is now in terminal decline. Its political influence is practically extinguished. This, I think, is very different to what the situation is in Lithuania. This is one of the key aspects in our success, but also the fact that from a situation where I was the only openly gay person in Ireland, there are now a very considerable number, so people realise that their neighbours, friends and acquaintances are gay and that they are not monsters.”

Do you think that openness is a key aspect of being a valued member of society? Have you ever met any gay Lithuanians in Ireland? Some of them get married in Ireland, but their relationship is not recognized in Lithuania.

“Yes, I think openness is very important. I have not to my recollection met any gay Lithuanians, although I do know that some of them are coming to Ireland to get married.”

Most Lithuanians think that LGBT Pride marches are an expression of claiming “special rights”. What messages do you think could be framed in order to counter such arguments? Could you tell us more about the pride events in Ireland? Do politicians march together with the local LGBT community?

“I don’t think Pride Marches are necessarily claiming ‘special rights’. After all, gay people have been persecuted, silenced, murdered and tortured for 2,000 years. The idea of being able to walk openly as a gay person on the streets is very special and important. Heterosexual people have no such motivation. Talking about Pride events in Ireland, I was on the first march in the early 70s. There were 11 people, last year there were 75,000. All politicians from all parties marched.”

What is your view on the Russian-style anti-gay propaganda law (Lithuanian Law on the Protection of Minors against the Detrimental Effect of Public Information) actively restricting the freedom of expression of Lithuanian LGBT community? Do you think it is normal to have such laws present in one of the EU Member States? What measures do you think could be taken in order to repeal this law?

“This Russian-style law is a disgrace and a serious human rights infringement. I do not think it is normal to have such laws present in one of the EU member states. However, many years ago Margaret Thatcher introduced a very similar piece of legislation. I tried to oppose it in the Irish Senate, but I couldn’t get a single person to stand up with me. It is now gone.”

In 2007, the European Court of Human Rights ruled in the case L. v. Lithuania that the absence of gender reassignment procedure in Lithuania violates the right to the protection of private life enshrined in the Convention. More than a decade later, Strasbourg Court’s ruling remains unfulfilled. Do you think that applying to the European Court of Human Rights is the ultimate measure in defending human rights?

“With regard to the European Court of Human Rights, it is the ultimate measure, but it has no sanctions, it is simply moral leverage on a recalcitrant Government.”

Ireland also has the first openly gay head of government, Leo Varadkar, who met Pope Francis and raised the question of the recognition of same-sex families in the modern Catholic Church. In your opinion, what could encourage Lithuanian politicians to speak more freely about their sexual orientation and support LGBT human rights?

“Yes, indeed, Leo Varadkar is a very good role model for Irish children. I think with regard to Lithuania, a growing number of people who come out would certainly have an effect.”

The participation of David Norris at the Baltic Pride 2019 program was supported by the Embassy of Ireland in Lithuania. 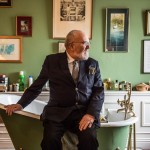 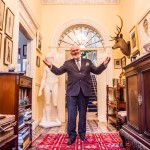 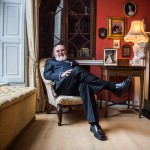 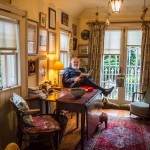