During Baltic Pride 2019, world-famous Israeli DJ Daniel Mariuma gave his first-ever performances in Lithuania. In the midst of his preparations for Baltic Pride, we tried to find out what surprises Daniel Mariuma would have for us during the Pride March, Pride Street Party and Pride Voices Gala.

Could you tell me briefly about your career? How did you become interested in being a DJ?

“I was always interested in the music industry. When it was legal for me to get into bars and parties I saw how amazing these people at the DJ booth were and told myself ‘I want to be one of them’. The most inspirational one was the mega superstar GJ Offer Nissim – he was and still is my role model. But I didn’t always want to be a DJ. I started working as a DJ 13 years ago when a friend of mine organized an LGBT competition and asked me to play the music for that event. He requested a 2-hour set and I played for 8 hours! From that point on, I got into the nightlife scene and into music production.”

When did you realize that you are gay? How did you family react to your coming out?

“It’s a story with a sad beginning and a happy ending. I think that I always knew I was different but I found a name for it around the age of 13. As someone who grew up in a conservative culture, I stayed in the closet for 3 more years. Unfortunately, someone I knew decided to ‘take me out of the closet’ and tell my family I was gay. The next few years were a mix of ups and downs, and every now and then, I found the right occasions to discuss this subject with my parents, explain it and reach a point where we could build bridges between my own identity and way of life to their way of thinking. 7 years ago I met my husband, he was warmly welcomed to our family, and today we are married and have a beautiful boy – Tomer. Our parents are happy, his parents are happy, and I think that after so many years I am happy, too.”

As a gay man, how do you feel living in Israel? What is the Israeli LGBT rights policy?

“Well, it depends on in which sense you are asking that. Indeed, in Israel it’s legal to be LGBT, but like every other place around the world, unfortunately, you always have to be on guard for many reasons. Even though there are laws against discrimination, there are a lot of politicians who feel free to say horrible things against the LGBT community, there are not enough laws to ensure full and equal rights for the LGBT community, and there’s a lot of work that needs to be done, for example: same-sex marriage and adoption. Even though most people feel safe walking down the street, we still need to fight in many ways to reach full equality. We’ll get there. I know it.”

Could you name a few Pride events where you participated and performed? Could you tell us more about these experiences? How does Tel Aviv Pride look in this context? Where would you like to return?

“Wow! I have performed at Pride events all over Israel for the past 8 years, from Haifa in the north to Eilat in the south. It’s amazing! The atmosphere in each place is different. In the big cities such as Tel Aviv and Haifa it’s more of a party-rave-colourful event which celebrates love, diversity and acceptance, while in places such as Jerusalem it’s more of a huge protest march. I think that the beautiful thing about marching, and specifically in these LGBT parades, is that everyone finds the right way to express themselves through their appearance, by choosing whether you want to celebrate pride or protest against discrimination, or doing both at the same time! I’ve never experienced such a beautiful and welcoming Pride anywhere else around the world like I have in Tel Aviv. People are marching together, everyone is welcome and it’s the most colourful way to protest for love.”

You are going to perform at Baltic Pride 2019 in Vilnius. Is it your first time in Lithuania?

“My first time at Baltic Pride will also be my first time in Lithuania! I’m beyond excited about this! It’s a huge honour for me to spread love and music by being there. A few of my friends explained to me how much work you are doing behind the scenes for LGBT people, and how much everyone on your team is working to make this festival happen and evolve. I’m super excited!”

“Unfortunately, the Holocaust is a piece of history that must not be forgotten. As much as we wish we could change it, it’s part of who we are as a Jewish people and as human beings. My visit will be short but I promise myself to see at least one site and honour members of the local Jewish community who suffered during the Holocaust in Lithuania. I am quite sure I will come back to Lithuania again for a visit and during that visit I will take more time to get more information about the local Jewish history.” 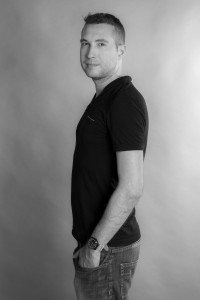 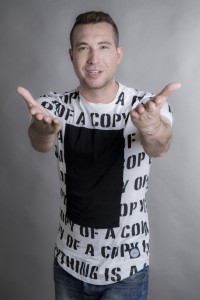 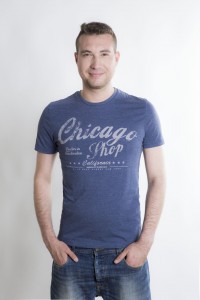 You have been collaborating with a prominent Israeli singer, Maya Simantov. Have you collaborated with more famous musicians?

“I have collaborated with so many singers, songwriters and producers in Israel. Every time we get some ideas we start working on it immediately. I promise that my performances at Baltic Pride will be full of surprises!”

Have you been previously involved with drag culture? During the Pride Voices Gala event we will have performances by the French drag diva LaDiva Live, Sharonne from Spain and Catherine from Switzerland.

“I have been in love with drag culture for as long as I can remember. I have my own weekly drag party series called ‘WERK’. It was developed through collaboration with Gallina Port De Bra and Diva-D, who are both drag icons in Israel. I even hosted 6 drag queens from RuPaul’s Drag Race. I think there are so many aspects and levels of drag that people don’t really understand. I’m looking forward to meeting the stars of the Pride Voices Gala!”

Are you a fan of the Eurovision Song Contest? Do you think that France has good chances to win the contest this year in Israel? Is Madonna really going to perform at Eurovision? Are you going to play some remixes including Netta Barzilai’s songs during your performance at Baltic Pride?

“Well, I’m not really a hardcore fan like my friends are, but I can tell you that we here in Israel can’t wait for the Eurovision Song Contest to come to Tel Aviv. There’s so much hype for the contest, it’s all we can talk about! I will definitely play some Netta songs during my performance at Baltic Pride. I think she is amazing!”

Why do you think Israeli DJs (DJ Aron, DJ Nasim) are so popular worldwide?

“I think that only once you go to Israel do you realise how wonderful, creative, talented and out of the box our DJs and producers are. I know, I’m biased, but they really are. Offer Nissim is performing sold-out shows all over the world. Yoav Arnon, Moti Saadia, and our female DJs Ellyott and Michal Serr play at international parties all the time. If you ask me why I think each of them is so popular, I think it’s because they are just that great!”

What would you like to wish for the Lithuanian LGBT community?

“First of all I would like to wish you a happy Pride! It’s the most wonderful time of the year to celebrate, to be happy and proud of what you accomplished in a year! I hope that the Lithuanian LGBT community will get to a point where Pride parades will be only a celebration because full equality will be achieved.”