California moved a major step closer on Monday (22 August) to having the most inclusive restroom access law in the US.

The bill, AB 1732, has now passed both houses of the state legislature and becomes law if signed by Governor Jerry Brown.

The bill requires that single-occupancy restrooms in California businesses, government buildings, and places of public accommodation be universally accessible to all genders beginning next March.

It cleared its final hurdle in the legislature on the same day that a federal judge in Texas blocked the Obama administration’s recent ‘guidance’ that transgender students be allowed to use the bathroom at public schools that matches their gender identity.

‘This bill sends a simple message that everyone’s rights must be respected and protected. It provides a common sense alternative to the hate being enacted in other states,’ said Assemblymember Phil Ting, a Democrat from San Francisco who authored the bill.

‘Restricting access to single use restrooms defies reason,’ Ting added. ‘It is a basic necessity of life and everyone should get in and out on the same terms. By signing this bill, Governor Jerry Brown can chart a new course for equality that other states should follow.’

‘Having restrooms open to all genders will mean less hassle for everyone going about their day, and will allow people who don’t fit neatly into expectations of what it looks like to be male or female to use the restroom without fear of harassment,’ Hayashi says.

Adds Jerilyn Stapleton, president of California NOW: ‘We have universal bathroom access at home and on airplanes so why not require it in public buildings?’

Brown must sign or veto the bill before the end of September. 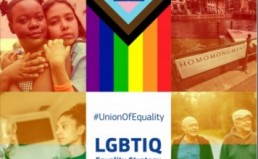 Union of Equality: The Commission presents its first-ever strategy on LGBTIQ equality in the EU 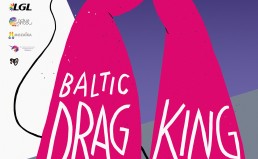