As every year since 1999, on 23rd October occurred the Bisexual Visibility Day that heads to recognize and celebrate bisexuality and to preserve and mark its differences from other LGBT* groups. This year the LGL celebrated it with the “Bi Creative” workshop – which was not, as one might think, only about freeing the mind on paper.

The workshop started with a playful icebreaking session in which the participants could get to know each other. Everyone had the task to find a “date” for each hour. Then the hours popped, the topics were announced and people met their dates and got to know the other participants.

The warming up session was followed by the screening of two short videos. The first one, full of pride and irony, showed a youtuber making up herself with cosmetics while describing them as the stereotypes linked to the bisexual community and as the different characteristics of gays, lesbians and straights. The second video rather pointed out how hard it can be for a bisexual man to be understood in a society full of prejudices, also inside the LGBT* community.

After a quick moment of sharing experiences with the shown stereotypes and prejudices it was time for the core of the event: the creative workshop.

Magazines, markers, ribbons, scissors and glue were the means for our guests to express themselves without any limit. The results, full of colours, creativity and ideas, covered all the various topics that had been faced throughout the evening, being depicted in many original ways. The participants ironized all preconception they had heard about or had experienced firsthand: invisible bisexuals, the sexual indecision, the greed and the nymphomania. At least one musical reference and the portrait could not miss, and they didn’t. Also a big collage has been created with faces of average people, showing in this way what bisexuality really is: one of the several shades of normality and humanity. 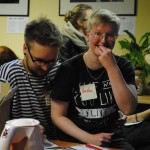 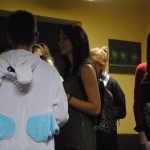 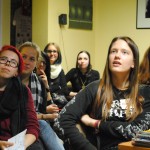 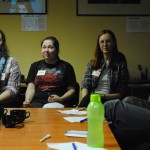 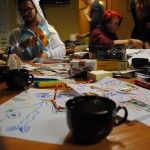 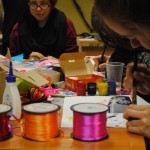 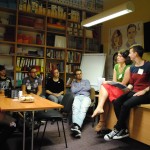 LGL is carrying out the 10-month project ‘Volunteering for Visibility and Inclusion’ under the Erasmus+ programme EVS (European Voluntary Service).