Today, August 13, 2014, LGL’s Change It (KEISK) campaign officially takes its first steps.  Our posters are already in place in the cities of Vilnius, Kaunas and Klaipeda and our social video is accessible online.

The Eurobarometer survey on perceptions of discrimination in the EU, among other worrisome facts about the situation of LGBT people in Lithuania, shows that only 12% Lithuanians report having an LGB friend or acquaintance in their life, and only 3% a transgender one. These data generated a number of questions in our minds. “Why so few people realize that they daily interact with LGBT persons?” “What is it that makes LGBT people invisible?” “How can we wish for a change, if most people think they don’t know any LGBT person?”

These questions were the starting point for the creation of the Change It (KEISK) campaign. The idea was that of showing to society that the answers given by survey respondents don’t correspond to reality. Everybody interacts every day with LGBT people, and the fact that they are not aware of it just means that LGBT people are not so different, not recognizable at a first glance. Moreover, in many situations they are not “out” as LGBT due to the well-rooted homophobia present in the country. Behind these four letters (LGBT) there are faces and life stories of people that are in everyone’s life, even if they are not aware of it.

The campaign will unfold through three different channels. Starting today, more than 100 posters will appear in the streets of Vilnius, Kaunas and Klaipeda, the three biggest cities in Lithuania. The posters, created by photographer Arcana Femina and designer and LGL volunteer Mayina Mukhammadjanova, show faces of real LGBT people and they draw the attention of the viewer on the fact that his/her assumption about the absence of  LGBT persons from his/her life is probably incorrect. The second means through which the campaign will be implemented is a video, created by Francois Message and Nathalie Sibille, which can be viewed here. This, also depicting real LGBT people living in Vilnius, highlights the stark contrast between reality and the common assumptions about LGBT “lifestyle”. Finally, a petition in support of LGBT rights is accessible online, encouraging everyone who wants to make a change to take a stand against any form of discrimination directed at LGBT people.

Visit our online page dedicated to the campaign and browse through the material that you will find there. LGL believes it’s time to Change It. What about you? 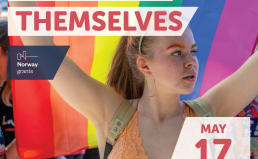 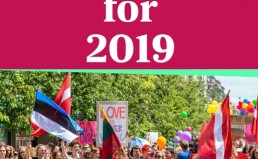