This June a day couldn’t pass by without the news of some private enterprise making a public statement in support of LGBT rights. After US President Obama declared June 2014 the Pride Month, companies in the United States and elsewhere started competing for the spotlight in being the most creatively supportive of full equality for LGBT people. From Burger King’s “Proud Whopper” sandwich, sold in San Francisco during the Pride celebrations, to the participation of the Apple CEO and staff to the Pride march in the same city, ending with Facebook’s Pride-themed special stickers, we witnessed a number of initiatives aimed at publicly showing a company’s support for the claims of the LGBT movement.

Talks about the role of the private sector in making a change in the recognition of LGBT rights are more frequent than ever, and people who have participated to a Pride march in a big city –New York, San Francisco, London – know how logos of big and small companies are as present as those of LGBT rights organizations. Private companies, motivated by economic interest or by a genuine will to foster respect for diversity in society, are believed to be more and more important actors in the struggle towards equal rights.

One year ago, Baltic Pride 2013 took place in Vilnius. Around 1000 people participated to the event, but no contribution was provided by any private company. One might rightfully ask what went wrong, why in a world where the private sector seems more and more willing to take the side of the LGBT movement, no company supported one of the most important events in the struggle for LGBT rights in Lithuania. LGL had sent more than 100 letters to different companies, both in Lithuania and abroad, explaining the importance of the Baltic Pride for the advancement of human rights in the country and asking for support in the realization of the event. The LGL publication Changing Faces, which described the struggles and the successes of the first Pride March held in Vilnius in 2010, was attached to the letter.  McDonalds, IKEA, Ryanair, Google were some of the companies the request for support was sent to. Only ten replies were received, and none of them offering a contribution. The only exception was a discount granted by JP Decor for the billboard campaign that preceded the celebration of Baltic Pride 2013.

Some of the companies we requested support from had supported LGBT rights, in other contexts, in other countries. The number of replies is too small to make any deduction on the reasons that lead some companies to support LGBT rights in some countries and not in others, but there clearly seems to be a double standard in place, which casts a shadow on the common assumption that the private sector can be a real force for change at any time and everywhere. 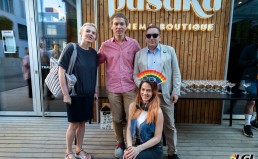 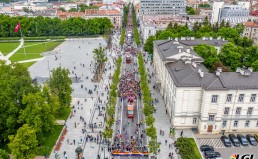 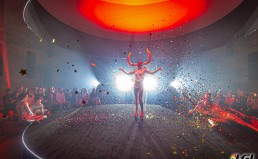