LGBT Allies are heterosexual people who work for the LGBT community. Eglė Kuktoraitė, Communications Manager at the National LGBT rights organization LGL, is one of them. Working at LGL, she faces homophobia and hatred: companies refuse to rent cars, reservations at cafés suddenly “disappear” or office doors are set on fire. Hatred affected her personally when she found herself the target of a radical webpage.

Eglė joined LGL five years ago. At that time she was not an LGBT human rights activist, but she had always been sensitive to injustice.

“In 2012 I graduated from Lithuanian Philology and Advertising at the University of Vilnius and the North American Master’s Program at the University of Turin (Italy). After returning to Lithuania I tried to work as a communications specialist in the private sector. I could write a book about all the sexism during job interviews. The idea that as an employee I am chosen based on my looks and I would have to work in sales or marketing allowed me to understand that first and foremost I am looking for a meaningful job. So I started looking for job offers in the non-governmental sector,” Eglė shared her experience with 15min.

When invited to a job interview at LGL, for the first time ever she felt that she was finally in the right place and was dreadfully eager to get the job. This, according to the interlocutor, was the first workplace where only the competence of her as an employee was important.

“After joining LGL, for the first time in my life I was finally able to be myself. Surrounding people’s view of my workplace was completely irrelevant to me. On the contrary – I was delighted that my friend circle got “cleansed” of irrationally hateful people.

Ever since childhood, I have fought for the chance to be myself, opposed to the desire of others around me to squeeze me into gender standards. Not being like everyone else has always had its own price, so naturally I accepted the fact that I had to remove some people from my life,” says Eglė. She admits that her mother’s unconditional support was the most important to her.

Employed by LGL Eglė had a unique opportunity to develop as a communication specialist, gained practical experience in office administration, office and project management.

“Every workday was dynamic and unpredictable. In the first year of work I became acquainted with the challenges faced by LGBT people in Lithuania. After realizing the extent of injustice experienced by LGBT people in our country, about how their dignity is trampled every day in various areas, I no longer kept count of working hours.

During the four years of working at LGL I went to work by train from Kaunas and back every day. Nobody understood how it’s possible to get up at 6 o’clock in the morning every day and reach home at 20 o’clock. Work became my whole life, I didn’t have the time and energy to meet my friends or get entertain. Why did I do that? Because I felt needed and my work had meaning,” – she says.

According to her, the work in a non-governmental organization is not like the work in, say, any of the ministries. “We work without counting the hours of work and we don’t select jobs. So naturally, the people whom you spend most of your time working and share the same goals with become very close. I am glad that I’m appreciated and that we all care for each other.

It is very important to me that I feel sincere respect for my manager, try to level him and follow his example. His trust enables and allows me to surpass myself. One of the main advantages of working at LGL is the ability to see the real result of your work. During the five years of working at LGL, both public and media attitudes towards LGBT issues have changed significantly,” the interlocutor notes. She hopes that will soon see real changes in the LGBT human rights area in the context of favorable political circumstances.

Eglė is often asked why it is important to her to work for LGBT. She is disappointed that our society has an established attitude that you can focus your strength exclusively on issues you have a personal interest in.

“Often, this belief is so strong that after hearing that I am heterosexual people do not believe. I work for the benefit of the LGBT community because I want to and can, and because the inequality and the discrimination dominating in our society concerns me personally. I want to live in a society where everyone is equal and can fully realize their rights,” says the interlocutor.

Eglė‘s struggle for LGBT empowerment is also due to the fact that as a heterosexual woman she is privileged and not all LGBT people have the potential to be activists. “When our society becomes inclusive, when we live without discrimination and hatred, each of us, including me, will live better,” she believes.

Personally, Eglė has not received any negative replicas. Most often her statement that she works for LGL, especially in her native Kaunas, is followed by eloquent silence.

Her most personal encounter with hatred happened a few years ago, when an article with her photo appeared in one radical website, in which she was referred to as a “skinhead faggot” and the “Lithuanian guardian of kosher physiomy from gomophobia”.

“I have developed a great resistance to homophobia in my own respect, but for the sake of loved ones I appealed to the Inspector of Journalist Ethics, who instructed the page manager to remove this” publication,” Eglė told about the unpleasant event.

Working with LGL enabled her to understand that you should never be silent when your rights are violated. If not for yourself, then for others who have no opportunity to actively defend their rights. So Eglė is on constant standby for the fight for her and others’ rights.

“By the way, I have experienced discrimination and sexism among LGBT community representatives, too. The LGBT community is part of our society, so it would be naïve to expect that they are not outweighed by the prevailing trends in our society,” she believes.

LGL is an LGBT rights organization that aims to fully enforce LGBT rights in Lithuania. Three main objectives of the organization are currently being distinguished: seeking the legal recognition of same-sex couples, the legal recognition of gender identity and the abolition of the discriminatory provisions of the Law on the Protection of Minors against the Detrimental Effects of Public Information, which disproportionately restrict the freedom of expression and expression of the LGBT community.

Teenagers are the most vulnerable

“It is not surprising that LGBT students who feel unsafe in their learning environment often consider suicide. If we declare concerns about bullying in schools and the demographic status, we must take these figures into account,” says Eglė.

Therefore, she will personally seek to make LGBT inclusive education and prevention of homophobic, bifobic and transphobic bullying a priority in Lithuania.

“Discussions on LGBT issues should be included in the curriculum of each subject, teacher training on LGBT issues should be organized, and systematic collection of data on bullying against sexual orientation and gender identity should be ensured, as well as a system of publicly funded support for LGBT students,” she says and adds that she is happy that we will have the opportunity to contribute to the solution of these problems over the next few years. 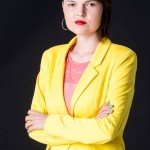 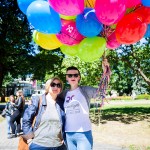 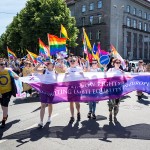 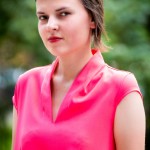 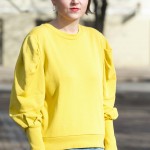