“Amsterdam” and “Naglis” – little has been heard about these magazines published at the end of the 20th century, but they have played an important role in the history of Lithuanian sexual minorities. Before the Internet was popular, these first two Lithuanian magazines for LGBT community members were the only source of knowledge and information that helped them to understand themselves, accept their own orientations and find like-minded people.

Vladimir Simonko, Executive Director at the National LGBT rights organization and Eduardas Platovas, Programmes Director at LGL and former editor of the Amsterdam magazine, agreed to share with 15min what the first Lithuanian magazines dedicated to the LGBT community looked like, what they wrote about and what challenges they faced.

The only source of knowledge

Both magazines were a dozen pages thick, black and white. Their distribution ranged from a few hundred to a thousand units. You can see how they looked at the gallery below.

Several people contributed to the preparation of one magazine – the authors of the texts, the painters, the layout designer.

In a society where the topic of homosexuality was taboo, and finding information on sexual minorities was particularly difficult, magazines became the only source of information for the Lithuanian gay community.

True, not one of their subscribers could only read the magazine in secret. Many of them, especially those living in smaller towns, even made their own hiding places at home, where they hid the magazines. Others were even more cautious.

“I know that some people did not bring the magazine home after reading it because they were afraid that their mothers would see. They would finish reading and immediately return it,” V. Simonko shared his memories.

Many texts were translated from magazines for the English or Russian gay community. Often photographs were reprinted from there as well.

“Thanks to the magazines information about our community would reach us from the West. For example, the “Gay Times” has given us a subscription. Over time we have built up a moderately good library,” said V. Simonko.

The first issue of “Naglis” magazine was published with the help of the Lithuanian AIDS Center. And the publishers of “Amsterdam” released the magazine themselves.

A way to get acquainted

In times when dating apps did not exist, both magazines helped homosexuals find each other. There was an ad column in magazines for people looking for lovers.

“Fate awarded me with a 178 cm height, 76 kg weight and 35 years of age, but grudged a loyal partner for constant interaction. Respond to a man who is gentle inside and out.”

“23/178 an attractive, slim guy would like to meet a sincere, unpretentious, sexy, intelligent partner in Vilnius, who appreciates stability.” “An elegant middle-aged man would like to find a sincere partner for a regular relationship with whom he could enjoy, wait for, and share everything. I’ll be looking forward to letters.” These are just a few ads from one of the “Amsterdam” issues.

Each ad had its own code. With an interest in the ad, the person who wrote a letter to the recipient had to put it in an envelope, write the code on that envelope, then put that envelope in another envelope and send it to the magazine publishers’ mailbox.

The latter, having received a letter from the box, would open the outer envelope and forward it to the appropriate recipient in accordance with the code on the inner envelope.

“At the post office where our mailbox was, it was possible to meet a lot of people of our orientation after sitting down for a while. The mailboxes were popular because it was very difficult to get letters,” noted E. Platovas.

The status was granted by the contemporary Service of Printing Control. For “Naglis” and “Amsterdamas” to be printed at all, both magazines’ publishers had to receive establishment certificate, which certified that the magazines are considered legal.

The received status, according to Mr. V.Simonko, meant that magazines could be distributed only in particular beforehand agreed points. These distribution points couldn’t be too close to schools or churches.

“True, there were independent distributors. Sometimes we gave part of edition to Kaunas central bus station and magazines were distributed there. There was a common table on which magazines were pressed with pebbles that the wind wouldn’t blow them off”, – remembered Mr. E. Platovas.

“We didn’t want to be related to sex shops. “Naglis” was published in context of safe sex propagated by the AIDS center, and we published the lifestyle magazine. We talked about gays and lesbians not only in sexual life, but in human rights context too.

We tried to be the first ones to be regarded not only as HIV risk group, but also as HIV victims. At the time the AIDS center didn’t like us, because we chose the human rights direction. But it was important for us to emphasize, to look at this matter”, – explained Mr. E.Platovas.

Difficult road to legalization of homosexuality

The fact that magazines for the first time were published in 1993-1994 was not a coincidence. Only from July 2, 1993 consensual sexual relations between men were no longer considered to be a crime. From that moment community of Lithuanian LGBT gained the opportunity to act and to inform society about their activities legally.

During the Soviet-Era there was a 122 article in the Criminal code which stated that any sexual relation – with consent or without it – between men is a crime. The article did not mention sexual relations between homosexual women.

After the re-establishment of independence, Lithuanian politicians did not try to correct the article. The fact that homosexuality finally became legal in 1993 was caused by external reasons and not the internal ones.

Lithuania wanted to join the European Union – the oldest international organization which unites European countries – and its primary goal is to protect human rights.

“European Council had a list of requirements which Lithuania had to fulfill before joining the organization. One of these requirements was decriminalization of homosexuality”, V. Simonko said.

According to E. Platovas, the first attempt to register an organization that would unite homosexuals was right after the re-establishment of Lithuania. At that time Ministry of Justice refused to register such an organization and its argument was that there is an article in the Criminal code which criminalizes homosexual relations.

Simonko says that homosexuality in Lithuania was “legalized” silently. Parliament voted for a huge batch of laws. Even though amendments took effect almost immediately, the community of gay people found out about it only later.

“There was no internet at that time, newspapers did not provide such information. Most of the community members did not even know that they became legal. There was no discussion,” V. Simonko said.

But for some time an article called “Man’s sexual relations with a man” was kept in the Criminal code, just the penalty for sexual relations by mutual consent was abolished. Only in 2000 this concept was removed from the Code, when a new amendment of the law was adopted.

“When “Naglis” was first issued, they tried to forbid it and the AIDS Center was criticized for publishing the magazine. It was said that activities of the Center are “ruining moral values and cultural traditions of the nation.”

Activities moved to the internet

“Naglis” was published until 1997, while “Amsterdam” – until 1999. According to “15min” interlocutors, publication of the magazines stopped because of a small market – with the internet getting more and more popular, paper magazines were loss-making and there were no sponsors who would like to pay for advertisement in such kind of papers.

“We did not have any commercial basis. We were doing it for the idea. Poles or Czechs, for example, have a big market, so they are still publishing colored magazines. But in the history of Lithuania there were not any colored magazines because of a small market”, said E. Platovas.

But publishers of “Amsterdam” did not stop. The magazine changed its name to “LGL News” and “Amsterdam” moved to the internet right away.

Simonko remembers that because of the name, Lithuanian Gay League faced some problems while trying to register the organization.

“When we were registering the organization, we had to pass the filter of Commission of the Lithuanian Language, they had to confirm the name. At first, the Commission forbid us from using the word “gay” in the name, saying it is not Lithuanian. They told us to write “homosexualist.”

“Or, they said, we should use another name, for example, “Amsterdam”. But we collected a bunch of magazines and other information and we proved that the word “gay” is international and usable”, V. Simonko said.

During the last years of 20th century, articles about homosexuals in Lithuania and their problems were published by national media, for example ¨Veidas¨or ¨Lietuvos rytas¨. 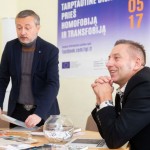 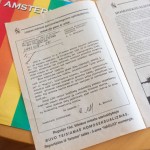 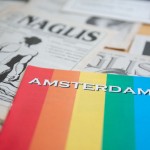 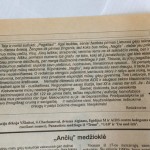 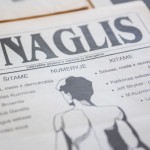 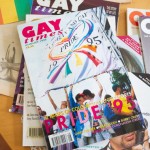 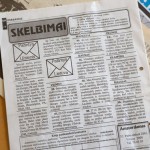 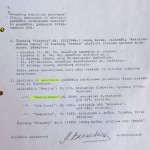 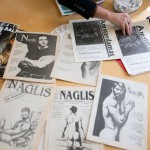 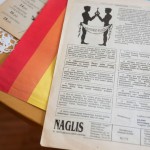