On March 22th, 2018 the representative of the National LGBT* Rights Organization LGL Tomas Vytautas Raskevičius participated in the 5th European Commission’s Meeting of the Sub-group on Countering Hate Speech Online in Brussels (Belgium). The meeting served as an opportunity to discuss joint efforts by the Governments of the Member States, civil society organizations and IT companies to counteract the negative phenomenon of hate speech online. The Lithuanian Government was represented by the Office of the Journalist Ethics.

The third evaluation of the European Commission’s Code of Conduct on countering illegal hate speech online carried out by NGOs and public bodies shows that IT companies remove on average 70% of illegal hate speech notified to them across Europe. In the course this monitoring exercise, which took place in November-December, 2017, the National LGBT* Rights Organization LGL reported 105 instances of homophobic and transphobic hate speech on FaceBook and YouTube. 99% of these cases resulted in removal of illegal content. It is the second highest removal rete in the European Unions after Germany. 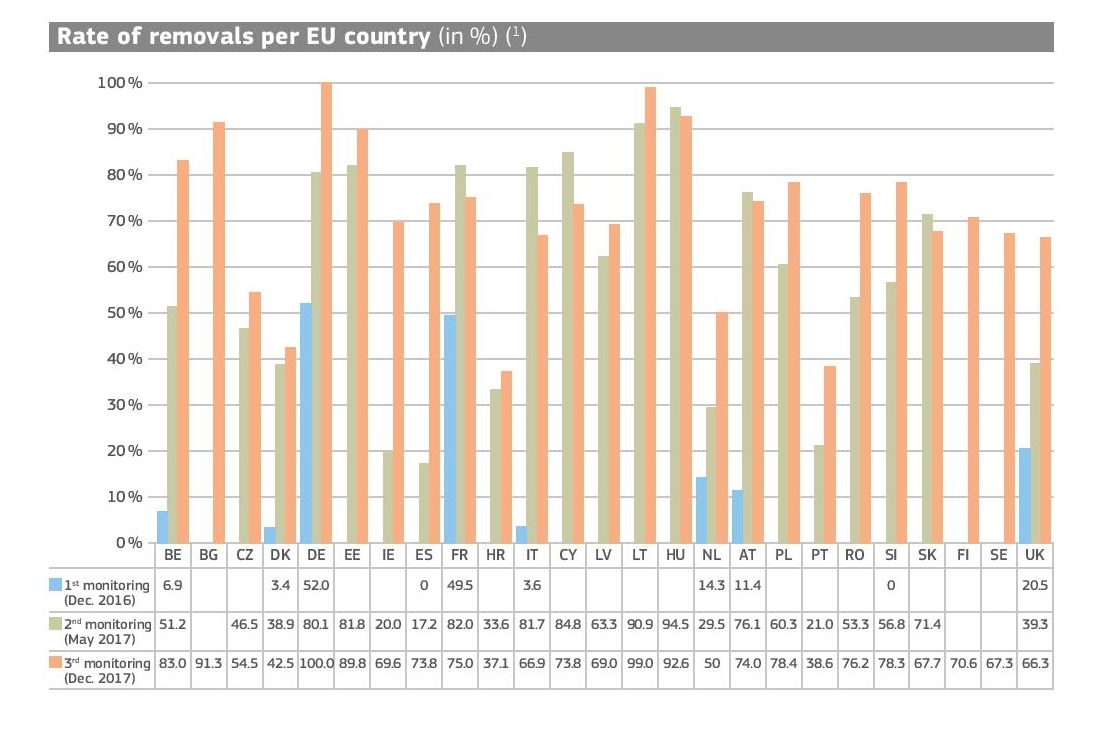 The Policy Coordinator (Human Rights) of the National LGBT* Rights Organization LGL Tomas Vytautas Raskevičius pointed out that high removal rates indicate the prevalence of anti-LGBT* hate speech in Lithuania. “The Association LGL notify social networks only about the instances of hate speech online, which incite physical violence against LGBT* community. We are very satisfied that IT companies successfully identify and remove illegal content of this kind. However, the fact that this content online is being detected on a regular basis discloses the high prevalence of homophobic and transphobic attitudes in our society,” – concluded the civil society representative.

To respond to the proliferation of hate speech online, the European Commission and four major IT companies (Facebook, Microsoft, Twitter and YouTube) presented a “Code of conduct on countering illegal hate speech online” in May, 2016.

The association LGL reminds, that in June, 2017 the European Court of Human Rights (ECtHR) informed the Lithuanian Government that it will consider a petition by Pijus Beizaras and Mangirdas Levickas regarding refusal by the national authorities to investigate into instances of extreme homophobic hate speech online. Applicants, who are represented by the National LGBT* Rights Organization LGL, claim that the prosecutor’s office and the national courts have unlawfully refused to start a pre-trial investigation regarding extreme homophobic online comments against the applicants on the social network Facebook. Thus, the Lithuanian authorities have violated the applicants’ rights to respect for private life, effective legal remedy and non-discrimination on grounds of sexual orientation enshrined in the European Convention on Human Rights. The National LGBT* Rights Organization LGL is hopeful that the ECtHR’s judgement will help to address the systemic problem regarding ineffective response by the national authorities to the negative phenomenon of hate crimes and hate speech against LGBT* people in Lithuania.