The legislative proposal No. XIIIP-1327 aims at banning legal gender recognition (i.e. change of identity documents for transgender persons) and all medical procedures pertaining to gender reassignment treatment. This proposal stands in a sharp contrast with the jurisprudence of the national courts, granting legal gender recognition based on self-identification of a trans individual and corresponding mental diagnosis. If approved, Lithuania would become the only country within the broader region of the Council of Europe with an explicit ban on gender reassignment procedure. The proposal has not been approved by the Parliament for consideration yet. Please find more information about this regressive proposal here.

The Constitutional amendment No. XII-2017(2) seeks to redefine the constitutionally protected concept of family life as emanating from heterosexual marriage between a man and a woman and stipulates that family also arises from motherhood and fatherhood. If adopted, the amendment would effectively exclude same-sex couples from the constitutional definition of family life. In June, 2016 the Lithuanian Parliament voted in favour of this constitutional amendment and introduced it to the adoption phase. In order for it to be adopted, the Lithuanian Parliament will have to vote in favour of the amendment twice, securing the majority of 94 votes in favour on both occasions. There has to be at least three (3) months break between the two votes. Please find more information about this legislative amendment here.

The legislative proposal  No. XIIIP-750 seeks to amend the Civil Code of the Republic of Lithuania with the view of introducing so-called “agreements of cohabitation”. The “agreement of cohabitation” would allow two or more cohabitants to realize certain property rights without an intention to create family relations. If adopted, this amendment would once again prevent same-sex couples from effective protection of their family life, because they would be considered as “business partners” rather than “family members”. Furthermore, this amendment would not solve any challenges faced by same-sex families outside the realm of financial matters (e.g. prohibition to testify against family members in criminal procedure). This proposal has been approved by the Parliament for consideration in May, 2017. Please find more information about this legislative amendment here.

According to civil society organizations, these legislative proposals pose a significant challenge for the progress of LGBT* human rights in Lithuania. “These legislative proposals on limiting the rights of same-sex families and transgender individuals are introduced by the Farmers and Greens Union, which constitutes the political majority in the Lithuanian Parliament”, – emphasized the LGL’s Executive Director Vladimir Simonko. “We find ourselves in a changing political environment, where direct homophobia is replaced with more nuanced attempts of limiting LGBT* human rights. We invite our Members of Parliament to engage in an open dialogue with the local LGBT* community rather than to create additional animosity and hostility in the society through these controversial proposals.” 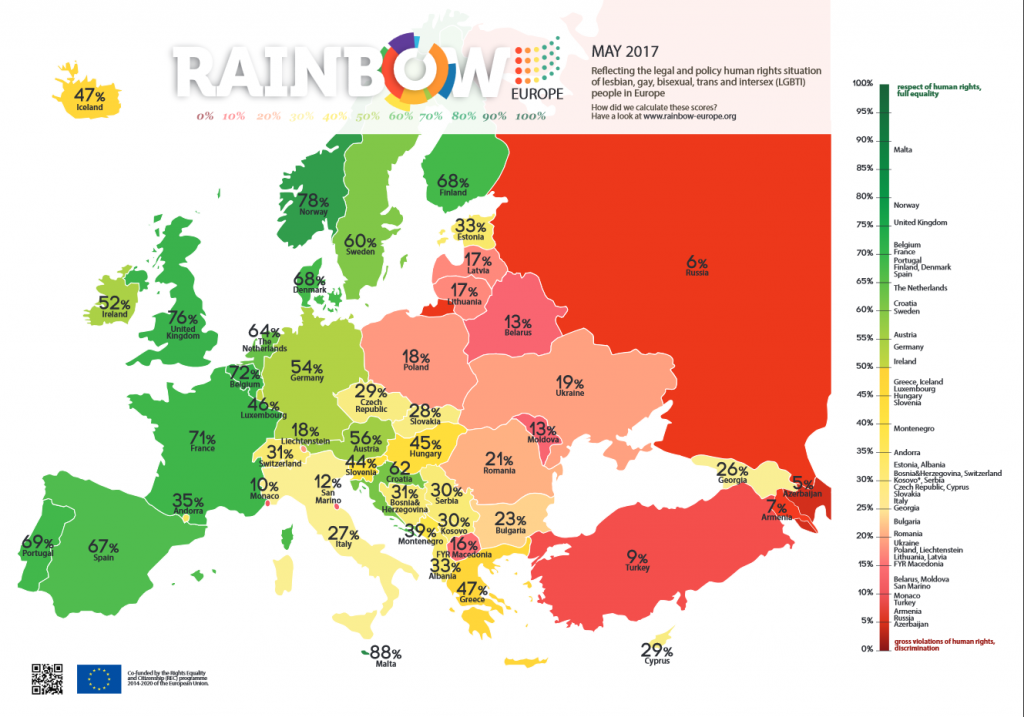 According to the ILGA-Europe’s Rainbow Index, Lithuania ranks 39th among 47 European countries in protecting human rights of its LGBT* citizens. The Farmers and Greens Union has formed the governing coalition with the Socialdemocrats in December, 2016.