In most cases, drugs and alcohol are a way for a person to deal with problems in their lives. The fact is – many people within the LGBTQ have to deal with way more problems than the average person. They for one can experience higher levels of stress, social stigmas, and discrimination. Therefore, this leads to much higher substance abuse rates compared to heterosexual people.

As previously mentioned – substance abuse is a huge problem within the LGBTQ community and is much more common than in any other demographic. In fact, it is thought that around 20-30 percent of the LGBTQ demographic abuse substances, in comparison to about 9 percent that of the regular demographic.

Here are some more addiction statistics regarding the LGBTQ:

From the statistics shown, we can come to grasp that there is an obvious problem within the LGBTQ. From alcohol to drugs the issue is there, but what are we doing about it? If a person needs help for addiction, they usually go to rehab. However, for people within the LGBT, it can be a bit more difficult. Sometimes they’re denied treatment, and sometimes they might feel like an outcast and relapse. Fortunately, there are specific rehabs designed for LGBTQ people.

Why Are LGBTQ People More Likely To Become Addicted To Drugs And Alcohol?

Stress triggers that lead to addiction in LGBTQ people may include any or more of the following:

A fear of persecution leads to isolation, hiding who you are from all around you is a huge reason for someone to have a substance abuse problem.

Rejection from regular society is a big issue – not everyone is on their side, and discrimination can lead to a lack of chances with job opportunities. Taking the jump if the person on the other side of the table is for or against you can put much pressure on someone, leading again to substance abuse.

It is not always the public that contributes to substance abuse with someone within the LGBTQ community. Self-worth is also a big factor, always judging yourself, self-loathing and even shame of who you are can once again lead to abusing a substance.

Studies have been conducted in this area and their findings are:

To read the whole article and find out more on how to help LGBTQ people suffering from addiction in specialized LGBTQ rehab centers click here. 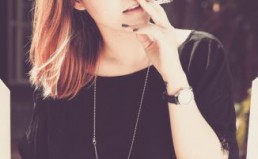 Vaping and Smoking in LGBTQ Community: Can we Understand it all?