A big part of the programme focused on experience and good practice sharing from Amnesty International, Oslo Pride and Fri. Participants were invited to peek behind the scenes and learn how the largest LGBT events in Norway is organized. The Pride festival including Pride Park, Pride House and Pride March running nearly entire week is organized with the help of several hundred volunteers.

The highlight of the Pride festival – Pride March attracted a record number of participants, it is estimated that around 70 thousand people marched and observed the parade, a total of 129 groups have registered to walk in support and solidarity for LGBTI community in Norway and abroad. This year Pride march carried a slogan „Hver grunn til å la være er en grunn til å delta!“ (Engl.: Every reason to not come is a reason to participate). 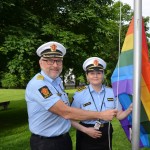 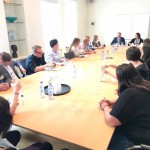 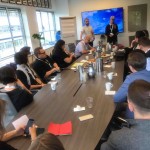 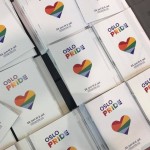 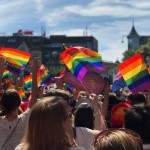 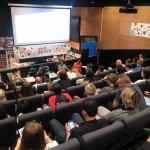 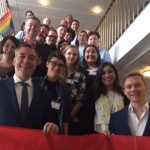 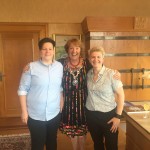 The participation at Oslo Pride is in part supported by the Nordic Council of Ministers in the framework of the project “Sharing Expertise and Fostering LGBT Human Rights in Belarus”.