On March 12, 2017 the National LGBT* rights organization LGL together with foreign diplomatic missions in Lithuania is organizing a festive Rainbow Days 2017 event at the Vilnius Town Hall to commemorate the International Day against Homophobia and Transphobia (IDAHOT).

During the Rainbow Days 2017 festive event, persons distinguished for their contributions to LGBT* rights movement in Lithuania will be awarded. The guests of the event will be rewarded with the performances from the French drag queen LaDiva Live and Lithuanian singer Ruslanas Kirilkinas.

On March 12, 2017 between 04.00 and 11.00 P.M., in celebration of the International Day against Homophobia and Transphobia (IDAHOT), the pillars of the Vilnius Town Hall will be lit with a rainbow colored flag. The initiative aims to demonstrate that Vilnius is an open and tolerant European city.

The Rainbow Days 2017 celebrations, organized by the National LGBT* rights organization LGL, will also include now traditional Rainbow Bus journey in the streets of Vilnius, protest next to the Embassy of the Russian Federation, cultural events, Eurovision party, discussions, quizzes and an awareness raising campaign in Lithuania’s major cities. 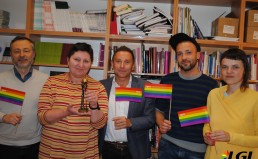 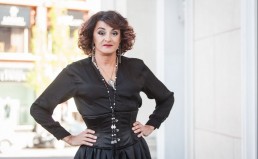