LGL`s Movie Evening season has started with a piece of historical activism.

The title of the movie “Milk” is clear and simple, like the imagine that the director tries to give about the main character. Harvey Bernard Milk (1930-1978), was a San Francisco city politician who helped open the door for gays and lesbians in the United States by bringing civil rights for homosexuals, among many other issues, to the political table.

Since I arrived in LGL I have heard talk about Milk several times. As I was not very informed but I am curious like a monkey, I started reading articles about his life and origins, as well as his personal and professional path and how he reached his goals in politics. At first, not everything was clear, but I could definitely perceive the proudness and respect reading people words. I went deeper and deeper and at one point I read about the movie and I thought it could be a good idea to organize something for the community. And here we go!

Last Thursday, 20th October, 2016 the LGBT Centre held quite an international movie night: people from Belgium, Germany, Italy and even Canada came to take part both in the discussion and movie screening. Participants were different in age and background: couch-surfers, EVS volunteers (from other organizations), trainees, workers and much more. 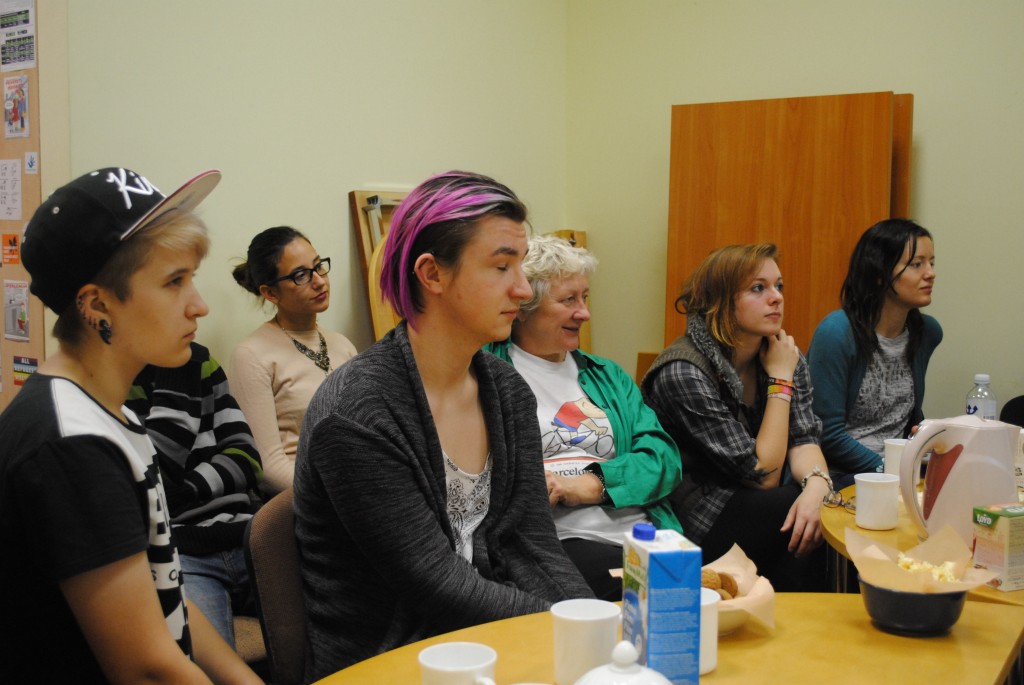 I launched the discussion asking people what they knew about Harvey Milk, the first answer was that he was shot, that is actually true! So, I decided to start the story upside-down, which is to say from the murder! After having explained the participants by who and for which reason H. Milk was killed, I invited them to listen all together to the Dead Kennedys` song entitled “I fought the law” (originally a Crickets` song). Parts of the text of the upper mentioned song in fact have been changed: the refrain for example, that used to say I fought the law and the law won, in this case says I fought the law and I won, in order to play a word-game about Milk`s assassination (Dan White was sentenced only to seven years and eight months for having killed both H. Milk and J. Moscone. Very short time to spend in prison for a person who killed 2 people, for this reason he won the law!).

Then, I explained the context, the prizes that the movie won (two Academy Awards: best original screenplay and Sean Penn as best actor), the techniques used to film it (it took eight weeks to film and lots of extras for large crowd scenes have been used – an example is Milk`s hope speech at the Gay Parade), which other documentaries (The Times of H. Milk) and book (The Mayor of Castro Street: the Life and Times of Harvey Milk) Milk inspired, and of course why H. Milk is considered so important for the gay community. Later, we went through specific parts of the movie and started the discussion. In particular, I focused on the connection movie-biography, helping people to understand those sections that without having read about Milk`s life, could have been difficult to catch (e.g.: the Coors episode, the revolution and the alliance with different minorities, the role played by Milk`s antagonists (such as Anita Bryant or John Briggs) and allies (as George Moscone), the Preposition 6 etc.).

I think the event was very instructive. Preparing it permitted me to learn a lot, not only about Harvey Milk, but also about history and political games. I hope I have been able to transmit what I have studied in the lightest possible way and that people appreciated my efforts. Last but not least, I wrote an article about Milk`s life, so if you would like to learn more about him I would recommend you to read it (you can find it here).

I cannot wait for the next session!