On May 26th, 2016 the representatives of the National LGBT* rights organization LGL and 13 foreign ambassadors in Lithuania participated in a meeting as far as preparations for the Baltic Pride 2016 festival in Vilnius are concerned. The meeting was hosted by the Netherlands Embassy in Vilnius and the Embassy of Denmark in Vilnius.

During the meeting the representatives of LGL and foreign embassies discussed the cooperation in organizing the Baltic Pride 2016 in Vilnius and ways to ensure that the festival would get to the history as one of the most important events of the LGBT* community in Lithuania.

The Baltic Pride festival will be organized in Vilnius for the third time. This time the festival will be used as a platform for challenging the discriminatory application of the “anti-gay propaganda” law and initiating the broader public discussion on legal recognition of same-sex relationships in Lithuania. The official slogan of the festival is “We are people, not propaganda!”

We would like to sincerely thank everyone who participated in the meeting! 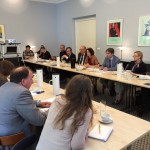 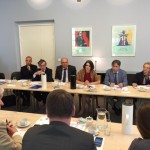 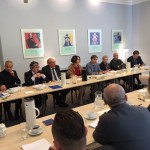