Security, fundraising, political and legal situation, official slogan and preliminary program – within only two days the whole Pride Week had to be planned.

The first important decision: the official dates. Eventually statistics were crucial. It rains less before Midsummer’s day and so the Baltic Pride 2016 is going to take place from 13th until 19th June, 2016.

Next point were the costs. The Pride Festival shall be available for everyone. It goes without saying that all events will be for free. But how can that be financially supported? How can the community help? One small, but helpful tool shall be LGL’s online store.

The involvement of the community led to the official slogan election. After intense discussions about the impact of words like “no” and “reality” out of all submissions three slogans were chosen for the online voting: “I like!”, “Open your colors!” and “We are people, not propaganda!”. The latter finally enjoyed the biggest popularity.

Good news came from the organizers of the queer movie festival “Kreivės”. They changed their annual schedule and moved the festival to the dates of the Baltic Pride 2016.

Finally, the program of the Baltic Pride 2016 was discussed. The program pillars are based on the political situation in Lithuania and cover especially the topic of ‘anti-gay propaganda’ legislation, for good reasons.

Education and laws are mutually dependent; this results into a massive rejection of LGB people. 50 % of Lithuanians think that gay, lesbian and bisexual people should not necessarily have the same rights as heterosexual people, while the EU average is 23 %. But this is not only a social atmosphere, these opinions get stabilized from policy side as well. Some of the most urgent topics include the “Law on the Protection of Minors“, the missing legal gender recognition and legal recognition of same-sex partnerships.

The International Human Rights Conference will explore the topic of the aforementioned legal recognition of same-sex relationships. Experts from all over the world will examine this topic from different perspectives.

The Pride Voices will also speak out. Sportspeople, politicians, and other public figures who support human rights will tell their personal stories to encourage others to be accepting, open, and active.

In the course of the meeting the ideas for the Pride House were collected, i.e. a place for exhibitions, workshops, seminars, concerts, readings, grassroot projects and parties, which will be open during the whole Pride Week.

Eventually the Pride Week will culminate in the Pride March. The route already got approved by the municipality and will lead along Gedimino Avenue and finish in Bernardine Garden, where the closing concert with international and national celebrities will take place.

The Baltic Pride names and denounces drawbacks, it invites to learn, but above all it is a celebration. Because changes do not need to be forced, but happen on their own. Because we are people. 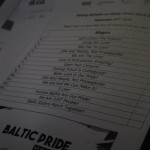 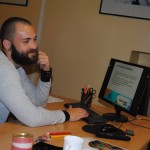 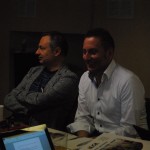 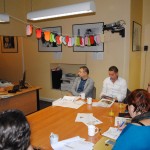 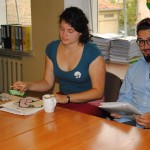 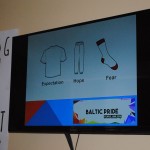 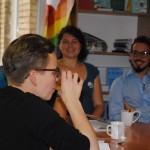 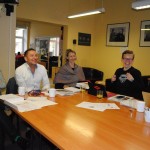