On 3rd October, 2019, the Ambassador of the Royal Norwegian Embassy, H.E. Mr. Karsten Klepsvik was awarded with a special symbol of gratitude for supporting the monumental Baltic Pride 2019 festival at the National LGBT Rights Organization LGL.

During the warm meeting, representatives of the Embassy and LGL recalled the most impressive moments of the Baltic Pride 2019 and discussed the current situation of LGBT rights, the negative tendencies of which are also reflected in the latest Eurobarometer on Acceptance of  the LGBT persons.

Ambassador also showed a genuine interest regarding the general security of LGBT persons and cooperation between LGL and the law enforcement, state institutions.

LGL representatives presented the latest initiatives, including projects designated to promote the social integration of the most vulnerable LGBT people into the Lithuanian labor market, as well as advocate for the diversity of LGBT families and their acceptance into society.

LGL much appreciates the constructive cooperation with the Royal Norwegian Embassy and looks forward to continue the joint efforts towards the development of better LGBT human rights awareness in Lithuania.

In terms of LGBT Humans Rights developments, Norway remains as on the most advanced countries in the world.  In 1981, Norway enacted an anti-discrimination law explicitly including sexual orientation. Same-sex marriage, adoption, and IVF/assisted insemination treatments for lesbian couples have been legal since 2009. In 2016, Norway became the fourth country in Europe to pass a law allowing the change of legal gender for transgender people solely based on self-determination. 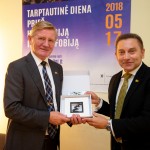 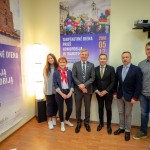 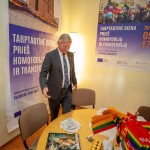 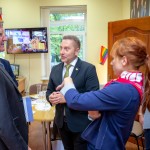 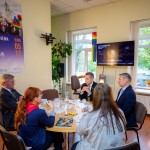 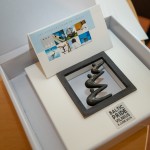