On December 5th, 2016 the European Parliament’s Intergroup on LGBTI Rights has addressed the European Commission regarding its “shockingly passive” position on clear discrimination against LGBT* people in Lithuania.

On November 7th, 2016 the European Commission informed the National LGBT* rights organization LGL that it would take no action over a 2013 law that claims to protect children from propaganda, but has been used to ban LGBT-related material and crack down on LGBT* groups.

The response disappointed a group of MEPs, who wrote to commissioners Guenther Oettinger and Frans Timmermans, in charge of audiovisual policy and fundamental rights respectively, to deplore that they shied away from acting on “a clear case of discrimination”.

“This truly is a shockingly passive response and provides a carte blanche for continued homophobic legislation in our member states,” six MEPs from five political groups wrote.

The case goes back to 2014, when the National LGBT* rights organization LGL appealed to the commission about a bill adopted by its national lawmakers a year earlier, roughly at the same time as a similar law in Russia.

Formally known as the Law on Protection of Minors Against Detrimental Effects of Public Information, the legislation was quickly used to censor different sexual orientations.

A fairytale featuring a same-sex couple was banned for promoting “harmful, primitive and purposeful propaganda of homosexuality”.

A publicity video confronting stereotypes about love and family models, co-financed by the commission, was also targeted by the law.

“We were only allowed to show the video after 11pm, together with alcohol and cigarette ads,” the Executive Director of LGL Vladimir Simonko told the EUobserver.

Earlier this year, MEPs wrote to the commission to ask why it was taking so long to respond to LGL’s complaint.

Oettinger replied in June that the commission was consulting with Lithuanian authorities.

Then, last month, Giuseppe Abbamonte, an official at the commission’s directorate for communications, content and technology (DG Connect) wrote to LGL to say the EU executive wasn’t planning to pursue infringement procedures against Lithuania.

In the letter the official argues that Lithuania hadn’t breached the audiovisual media services directive, say, by limiting broadcasts from other EU countries.

“Please be assured of the European commission’s strong commitment to fight discrimination within the powers conferred to it by the treaties,” the bureaucrat said.

Dutch liberal MEP Sophie in’t Veld, one of the signatories, told the EUobserver the commission was wrong to say it lacked powers.

“They focused on compliance with a sectoral law, which wasn’t designed for the protection of fundamental rights. But we also have the treaties, a charter and a convention on human rights, anti-discrimination legislation,” in’t Veld said.

Article 2 of the EU treaty, for instance, says the bloc is founded on the values of respect for human dignity, freedom, democracy, equality, the rule of law and respect for human rights, including the rights of persons belonging to minorities.

“If the commission wanted to, it could find a way,” she added, and said it would be an opportunity for Oettinger to show where he stands on LGBT rights.

The German conservative recently came under fire for having joked about gay people at a business conference.

The Dutch liberal said parliament could table an amendment to the audiovisual directive to make sure that protection of children doesn’t become a pretext to bash LGBT people – but such tailor-made amendments were just one-off solutions.

Referring to the broader, political context – with “illiberal” governments in Hungary and Poland, but also a prolonged state of emergency in France and rising EU scepticism everywhere – in’t Veld said the commission was under more pressure than ever to uphold the values the bloc was founded on.

“If it doesn’t, it’s the end,” Sophie in’t Veld said. “The EU cannot function without its fundamental values and respect for the rule of law. That’s why they are defined in article 2 in the treaty. Everything else comes afterwards.”

Vladimir Simonko told EUobserver: “When Russia passed an anti-propaganda law, it was seen as bad. But a similar law in the EU is already quite okay.

The day Lithuania joined the EU was one of the happiest days of my life. We thought it meant that we would be safe. But now the EU seems like an elite club, where it’s not appropriate to tell members off even when they are badly mannered.” 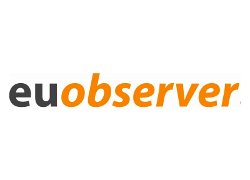 Based on information by EUobserver