On November 9th, 2016 volunteers of the National LGBT* rights organization LGL delivered an album of the most memorable moments from Baltic Pride 2016 to our country’s libraries, meaning the book will soon be available to readers all over Lithuania.

“We are pleased that the Baltic Pride 2016 photo book will be accessible to anyone interested in this festival and the history of the Lithuanian LGBT* movement,” said LGL’s Volunteer Coordinator Diana Rabikauskaitė.

The Baltic Pride 2016 photo book consists of 176 pages of photographer Augustas Didžgalvis’ photos in a special souvenir publication with a hard cover. The album can be ordered from LGL’s online shop.

The Baltic Pride festival took place in Vilnius for the third time in 2016. Around 3,000 Lithuanian and foreign members of the LGBT* community and their allies took part in the event. The official slogan of the March for Equality was “We are people, not propaganda!”

This year, the festival aimed to draw Lithuanian society and lawmakers’ attention to the discriminatory application of the Law on the Protection of Minors, which disproportionately limits the distribution of positive information about the LGBT* community, and to the lack of opportunity for legal recognition of families consisting of same-sex relationships.

The Baltic Pride March for Equality will return to Vilnius in 2019. In 2017, Baltic Pride will take place in the Estonian capital, Tallinn. 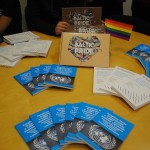 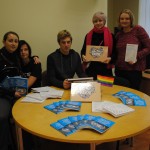 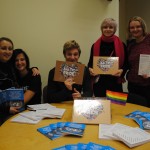 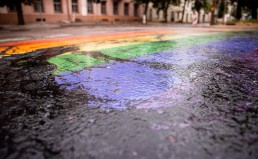 Enrique Anarte Lazo: LGBTQ people across the Baltics fight for their rights