With the aim of exploring further opportunities in raising international awareness on LGBT* human rights situation in Lithuania within the framework of the second UPR cycle, on September 14th, 2016 the National LGBT* Rights Organization LGL invited the representatives of various diplomatic representations residing in Lithuania to take part in a meeting, hosted by the Embassy of Ireland.

On November 2nd, 2016 Lithuania will be reviewed by the Human Rights Council of the United Nations (UN) within the second cycle of the Universal Periodic Review (UPR). The National LGBT* Rights Organization LGL continues to engage in the process and together with international human rights organizations ILGA-Europe and Sexual Rights Initiative submitted the shadow report to the UPR mechanism on March 21st, 2016. The joint submission outlines the key challenges faced by LGBT* people under the Lithuanian national circumstances. With the aim of exploring further opportunities in raising international awareness on LGBT* human rights situation in Lithuania, LGL invited the Embassies of the foreign countries in Lithuania to join a meeting hosted by the Embassy of Ireland on September 14th, 2016.

Starting with a general overview of the LGBT*-specific recommendations tabled during the 1st Cycle of the UPR, the presentation sought to explore the challenges faced in implementing the process at the national level. The challenges were divided into four thematic areas, i.e. the “anti-gay propaganda“ legislation, homophobic and transphobic legislative initiatives, hate speech and hate crimes and gender reassignment procedure. Each of these areas focused on key issues and recommendations which LGL wants other Governments to table to Lithuania during its UPR process. By concluding the meeting, Tomas Vytautas Rackevičius, LGL‘s Policy Coordinator (Human Rights), underlined how the Lithuanian Government seeks to prove at the international level that all human rights issues related to LGBT* people have been resolved.

After the presentation, the representatives of LGL invited the participants to express their opinions, to table questions and suggestions, and above all to spread the message to their respective diplomatic representations to the UN office in Geneva (Switzerland). All the ambassadors expressed their support to Lithuanian LGBT* community and its commitment to contribute to monitoring the LGBT* human rights situation in Lithuania.

The National LGBT* Rights Organization LGL is grateful for the opportunity of familiarizing the representatives of diplomatic representations in Vilnius with the shadow report on LGBT* issues in Lithuania and their expressed interest and availability in making further steps in improving the situation. The next steps will be implemented on October 2nd-8th, when the representatives of the National LGBT* Rights Organizations will be meeting with the permanent missions to the UN Office in Geneva (Switzerland) with the view of encouraging multiple governments of tabling LGBT*-specific recommendations to Lithuania it the course of its 2nd UPR process. Lithuania will be reviewed by the Human Rights Council during the 26th UPR Session on November 2nd, 2016. 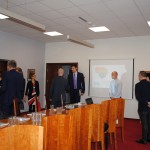 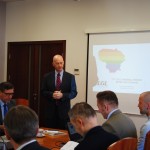 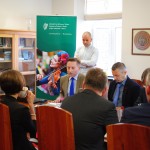 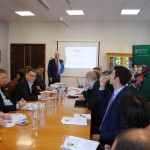 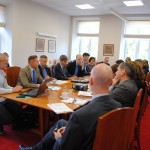 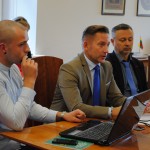 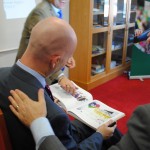 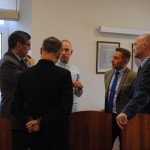 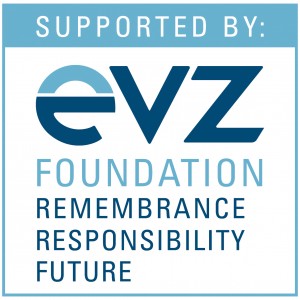 The advocacy work of the National LGBT* Rights Organization LGL on the UN level is supported by the German foundation “Erinnerung. Verantwortung and Zukunft”, which supports activities that tackle contemporary discrimination on the grounds of sexual orientation and/or gender identity. For more information, please consult http://www.stiftung-evz.de/eng. This submission does not represent an expression of opinion by the Foundation EVZ. The authors bear responsibility for the content.