Ieva Ruzgytė is the first athlete to represent Lithuania in the “Gay Games”, taking place in Paris in 2018. We talked with Ieva about what made her decide to participate in this tournament and in the events of Baltic Pride 2016.

You are an accomplished judo master. What motivated you to talk about the importance of openness in sport?

In Lithuania, LGBT* topics are still taboo in two areas: the church, and sport. The difference is that representatives of the church avoid discussing this topic, and in sport, this is not the case. The time has come to begin talking in the sport sphere, and go from words to actions.

You will represent Lithuania in the Gay Games taking place in Paris in 2018. Have you enjoyed support from the judo and Olympic communities?

Since registration for the Gay Games just recently opened, I still haven’t had the opportunity to discuss it with either the judo or Olympic communities, but I hope for their support and acceptance in the future.

Why do you think it is important to Lithuania to have a representative in the Gay Games?

LGBT* athletes in Lithuania still lack visibility. I want to set an example and spread the news that such [LGBT*] athletes exist even in Lithuania.

What do you think about the inequality that exists in sport? What challenges did you face working toward your athletic achievements?

LGBT* people face endless problems in sport. They often don’t have the opportunity to talk openly about their sexual orientation or gender identity, they encounter problems in dressing rooms, in addition to sexism and homophobia from trainers, staff and team members. I could go on and on.

My personal experience was unique in that my trainer, trying to take preemptive action, told my homophobic parents that I’m a lesbian. This was a shock to me – at this time, I still hadn’t even come to terms with it myself. My life turned upside down after this incident. I can confirm that my parents were not pleased with this news. And that just shows, even more, how important a coach is in an athlete’s life.

How did you become involved in LGBT* rights activism? Will you participate in the Baltic Pride 2016 March for Equality?

I’ve marched in Oslo Pride with the Lithuanian flag held high not just once, so I’m very excited to finally have the opportunity to participate in the Baltic Pride March for Equality.

In your opinion, could openness about sexual orientation and/or gender identity in the sport community bring about change in society?

Yes! Sport is something that unites a large part of society, so openness about sexual orientation or gender identity in sport would help spread positive information and encourage tolerance in society.

What message would you like to give to the LGBT* community in Lithuania?

Together we are strong! 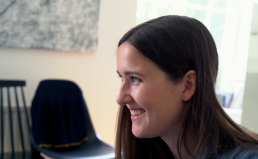