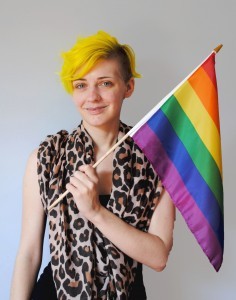 About the volunteer: I have wanted to travel to Eastern Europe and learn languages since I was in high school and realized that in the United States, we learn little to nothing about modern life in this part of the world. Later, during my studies in Portland, Oregon, USA, where I specialized in Russian language, I began studying Lithuanian as a hobby outside of class. In 2014, I learned about Baltic Pride and LGL when I saw a link to Joana Estrela’s book Propaganda on LBTQ women’s site Autostraddle. When I found out that Baltic Pride would return to Vilnius in 2016, I decided to make an effort to focus on Lithuania, and was able to plan a trip here. I’m excited to get acquainted with Vilnius and improve my language skills while learning more about LGBT* activism. 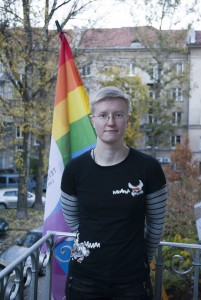 About the volunteer: I first became interested in LGL’s work after they organized “Baltic Pride 2013”. Inspired by the pride march, I decided to volunteer in the organization. I took part in volunteer training in the beginning of 2014 and right after that started my volunteering work in LGL. Since then, I am an active volunteer in this organization. My work mostly consists of looking after the library, making badges and other small work in the office. I always try to participate in all LGL’s organized workshops, seminars and lectures. And try to give a helping hand if needed. I am also our EVS volunteer’s Tatiana mentor. I enjoy being a part of LGL’s team very much! 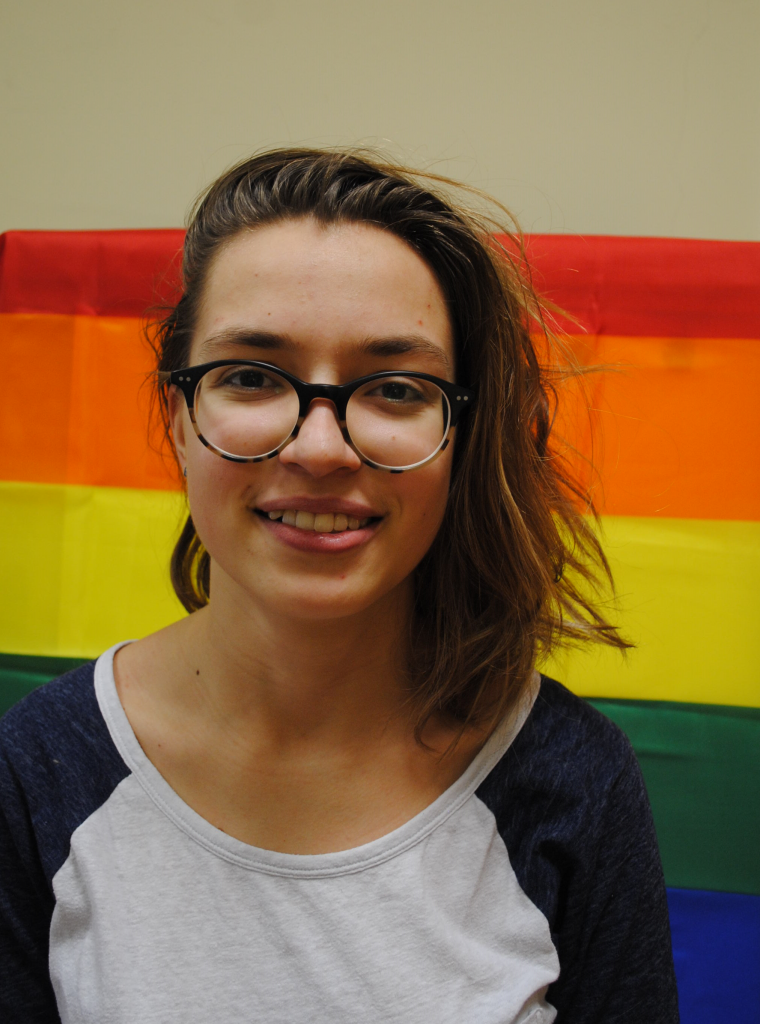 About the volunteer: I started volunteering in LGL when I was still in school. If I’m not wrong it was the spring of 2015. I was searching for myself, trying to understand who I am and why I am the way I am. I visited an event in “Rainbow days”, which was hosted by Aliona and Tomas. By that time I have not considered volunteering at this organization but I was always a socially active person. I have tried volunteering in other organizations. Unfortunately there I had not found the sense of community and purpose. Probably by that point in my life LGBT+ problems were closer to my every day life. Later that year I started visiting the workshops organized by LGL and step by step I became part of the family. I enrolled in few social events, hosted workshops. I became the security coordinator of BALTIC PRIDE 2016. Now I am a student and during my free time I try to do what I can in LGL. My upcoming job is EVS mentoring. LGL is a place where I can help others and also improve my own abilities and skills. I am proud to be part of it.