On Thursday May 21st, Vaidas Baumila and Monika Linkytė, the representatives of Lithuania at the Eurovision Song Contest, performed in the Austrian capital Wien scoring a Eurovision first with not one, but two same-sex couple sharing a kiss on stage.

Watched by millions of television across the world, singers Vaidas and Monika opened the show with their song called “This Time” supported by two male and two female backing singers and dancers. The conquered the sympathy of viewers came to the Eurovision finals, which will take place on Saturday May 23rd.

During the song, the lyrics call for ‘One Kiss’ where the music paused and Vaidas and Monika share a kiss and, at the same time, the two other male singers and two female singers stopped for a kiss.

It is not the first time that same-sex couples have shared a kiss on stage at Eurovision, most notably Finnish singer Krista Siegfrids in 2013 and, in the same year, two male Swedish grooms kissed during the interval show in a parody of Swedish life. However, Mr Baumila’s and Mrs Linkytė’s outstanding performance in the first Eurovision stage triumph of love variety: kissing both opposite-sex and homogeneous pairs.

“When today kissed on stage, we did not seek to impress Eurovision viewers. We wanted to show that we advocate for equal rights and Lithuania step by step is moving in this direction “, – said Mr Baumila to the news portal lrytas.lt -“The message is simple. Our country in the European Union is probably one of the last countries in terms of acceptance towards LGBT* rights. We still have a lot of homophobia, many people keep asking questions about why we are promoting this thing. There is no this thing. There are people in love, and so. People love each other”-

Another interview was given to Vaidas Baumila by Gay Star News over performers’ support to LGBT* rights When asked if Mr Baumila had ever had any negative reaction in his home country to the video (the video contains a same-sex kiss), he replied –“Of course. But we definitely expected that and were ready to face the critics. Glad to be one of the first to have a gay kiss in a video”. The idea came up by the whole Eurovision team, he explained: “The amazing thing was that no one was even hesitating of saying YES to the gay kiss. That means, we are finally getting somewhere right with our thinking back in Lithuania. I am a huge LGBT* supporter. As a straight man I am proud to have gay friends, one of my best friends is gay. We must find a way to live in tolerance and equality in the world, and how we can change the major opinion about gay men and women in my country. People are afraid of things they don’t understand. We have to show them that in this case the fear is inadequate. We must educate the subject.”-

When asked if he had any message for his gay fans who will be watching the contest, he immediately replied –“Spread the love! And if you like Lithuanians entry, don’t hesitate and vote”- 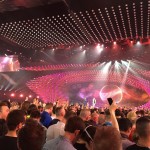 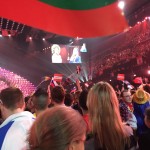 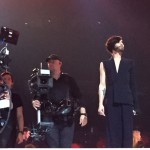 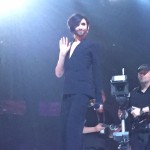 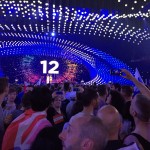 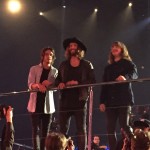 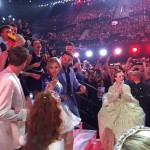 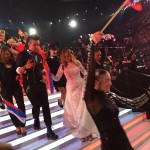 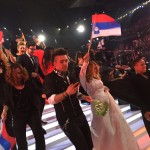 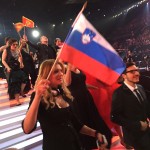 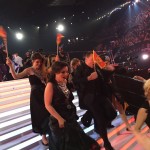 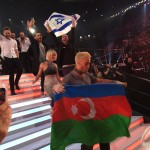 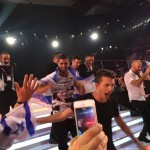