On March 6th, 2015 representatives from the national LGBT* rights organization LGL and other member organizations of the National Equality and Diversity Forum participated in a meeting to learn about the initiatives and activities of the Women’s Issues Information Centre. The event was very symbolic, as it took place just before March 8th – International Women’s Day.

Attendees had a truly extraordinary day, as they had the opportunity to hear thought-provoking stories first-hand. During the first part of the event, representatives from LGL, the Lithuanian Forum of the Disabled, “Vilniaus Bočiai”, the House of National Communities, and the Equal Opportunities Ombudsman’s Office of the Republic of Lithuania visited the Vilnius City Crisis Centre. This institution provides psychological and social assistance to mothers and children who have experienced domestic violence. If necessary, the centre also offers them shelter. The centre operates under the belief that is important for the perpetrators of violence to also receive help, as its ultimate goal is to help all couples to live peacefully. The centre’s director noted that comprehensive support is also given to inquiring same-sex female couples.

Next, participants visited the day centre “Nendrė,” which is located in Šnipiškės. This facility applies principles from the Scandinavian equal opportunity program: the children are allowed to choose the activities and toys that appeal to them. While the children play and learn, mothers have the chance to work and get their affairs in order, even at night. In addition to providing children with an education, this nursery also serves as a community centre, organizing events for the entire neighbourhood.

After lunch, the attendees went to the European Institute for Gender Equality, which is an official organization of the European Union in Lithuania that works to ensure equal opportunities for men and women. The centre’s employees gave presentations about their stories, work, and the Gender Equality Index, which measures gender disparities in various domains. Unfortunately, it became clear that the state of gender equality in Lithuania in the majority of these domains is suboptimal. The event was concluded with representatives from the Ministry of Social Security and Labour and Trade Union explaining legal requirements and current state of the labour market.

The most important message brought forth by all of the main participants was that differences between men and women exist, and that everyone should be invested in minimizing them. The Women’s Issues Information Centre is truly helping everyone to do so. 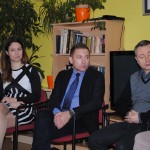 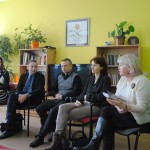 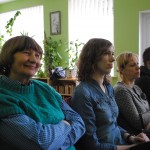 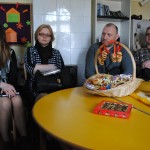 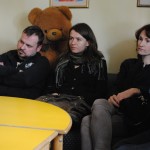 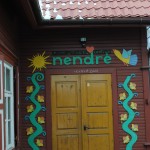 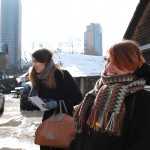 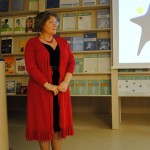 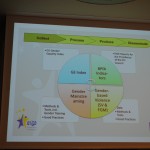 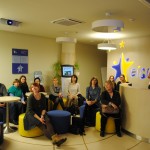 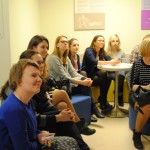 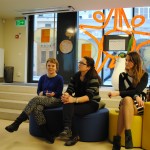 The event was organized as part of the project “Consolidating Sustainable Development of National Equality and Diversity Forum (NEDF)” which is supported by the NGO Programme Lithuania funded by EEA Grants.

The event was organized as part of the project “C.O.D.E: Coming out for Diversity and Equality” which is funded by the European Union program PROGRESS.