This year on June 21-29th the LGL team, consisting of Sandra, Kiletta, Dalius, Marius and Aliona, participated in Iceland‘s “Queer activism“ training events, in which there were representatives from Lithuania, Finland, Sweden, Germany and Iceland itself.

In the village of Reykir a former boarding school sheltered the international encampment for slightly more than a week, during which 30 activists from various countries were able to share their experiences in education,  protection of LGBTQI rights and other issues. Participants to the event were representative of many different parts of the LGBTQI umbrella and for many of them this was the first chance to meet  people they had only heard about in stories. In such an environment the natural diversity of our society emerged clearly, but the awareness that in reality people in the periphery are often left out, without a chance to be understood, accompanied all the activities. Examples from our neighboring countries showed that problems of marginalization are solvable. The specialized teaching about bisexuality, poliamory, intersectionality, transexuality helped activists to pose questions and find answers on a number of issues, and they had the chance to deepen their knowledge on topics that are very broad in their nature.

After listening to the lecture about teamwork the participants had the chance to form groups and prepare activities to be presented to the others. Thus the selfie taking, body language, pie eating and social norm critique workshops were born. After noticing that Lithuania is still unknown to many foreigners the LGL volunteer group organized a presentation about their country in which they touched various topics from the economic and social status to personal coming-out stories and the organizing of “Baltic pride 2013“. The experiences of Lithuanians were highly different from the ones of Scandinavians and the short presentation helped participants understand how Lithuanian LGBTQI people live. It became clear that certainly not all problems important to the Swedes would be relevant to Lithuanians as well and vice versa. This was one of the most important discoveries of the event: seeing that things can be different and are different, that while working in the area of human rights we have to collaborate with partners from other countries, because sharing experiences helps solve many arising problems.

Other activities and lectures helped acquire the tools needed for actively and successfully representing the LGBT community. Of course, cooperation and network strengthening with others was an important element as well. In order to make this process easier there was typical Scandinavian entertainment by the camp – a warm stream, that created a naturally hot outdoor bath, a pool and a hot tub, where the hot underground water never chilled. The daily view through the windows was rather pleasant – the ocean gulf, mountains, jellyfish in the water… The time spent there was also brightened by a trip to an equestrian center, riding ponies and visiting a waterfall. In the evenings participants could play various outdoor or tabletop games.

In Iceland LGL was greeted by the white nights, when the sun doesn’t go over the horizon all day and the weather is much warmer than in Lithuania. Such camps prove that real communication is best for getting to know a person, understanding the LGBTQI variety and getting motivated to keep being an activist. 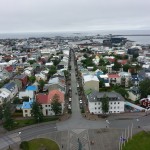 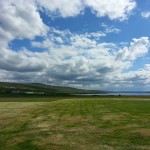 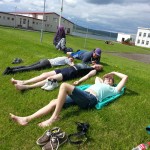 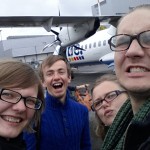