Leona Winter is a French drag queen, best known for winning the second season of the Chilean reality show The Switch Drag Race, the Chilean version of RuPaul’s Drag Race.

Leona participated in the eighth season of the French version of The Voice in 2019 and went as far as the semi-finals. She was also announced the winner of the Miss Continental prelim pageant Miss Europe Continental in 2017.

Could you tell us briefly about your background and career? How did you become a drag performer?

I started taking singing, dancing and acting lessons at the age of 8. I wore makeup for the first time at the opening night of the cabaret that my husband and I had opened in Sitges (BCN). Then naturally I started to get noticed because I was one of the only drag queens who sang live, as well as participating in a few small contests. And then everything accelerated thanks to my participation in The Switch 2. This allowed me to gain experience and notoriety to start touring in Europe and around the world. 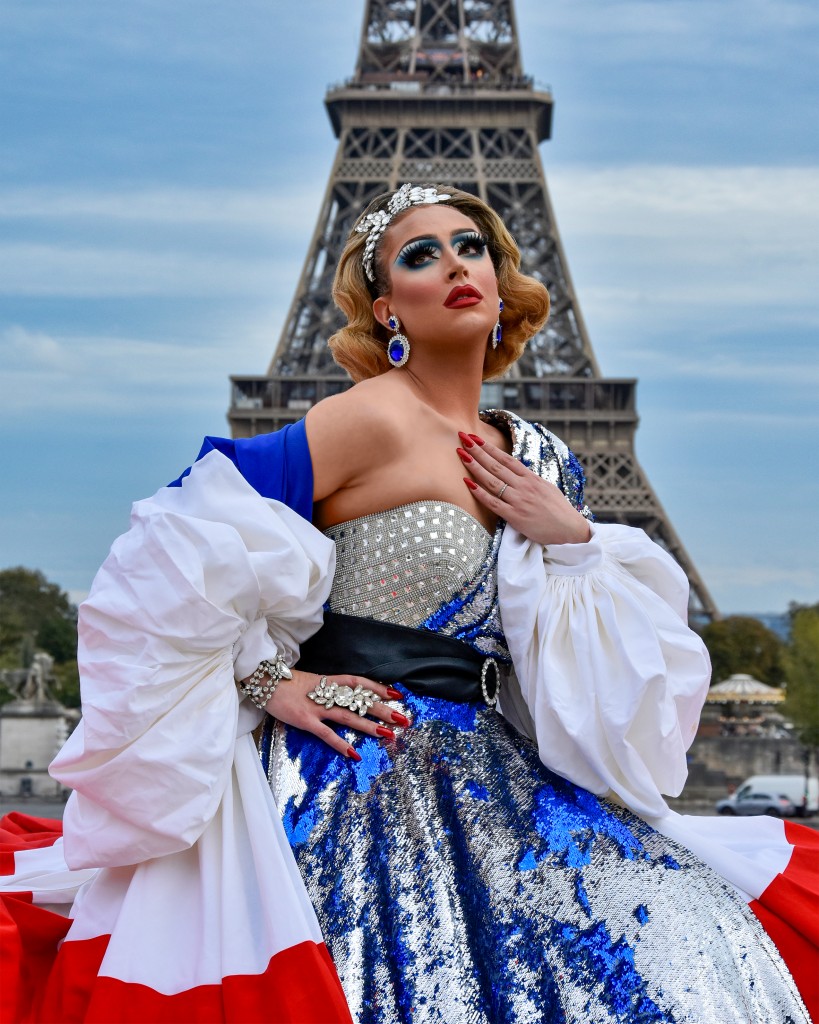 Doing pageant is a very different experience from others. It’s actually about showing the best version of yourself. This makes it possible to show both these artistic and human qualities, and at the same time it is necessary to focus on worked and unusual looks. It’s a stressful but exciting experience. We spend a whole year thinking about what might be best for this kind of competition, and when all this comes to fruition on stage, it’s both a deliverance and a big pressure. But the most beautiful thing is the personal evolution that we get from it.

You participated in the eighth season of the French version of The Voice in 2019 and joined the team of singer Jenifer and went as far as the semi-finals. What inspired you to find your own voice?

I have always been inspired by the great divas of this world, including Celine Dion, or Shirley Bassey. But I also enjoy singing and dancing to the greatest hits of pop, disco or variety. Jenifer was therefore for me a choice of heart and logic. I absolutely wanted to show that I could be a showgirl, with strong messages and a voice that adapts to many different registers. Even if my first love will remain the beautiful sad love songs. 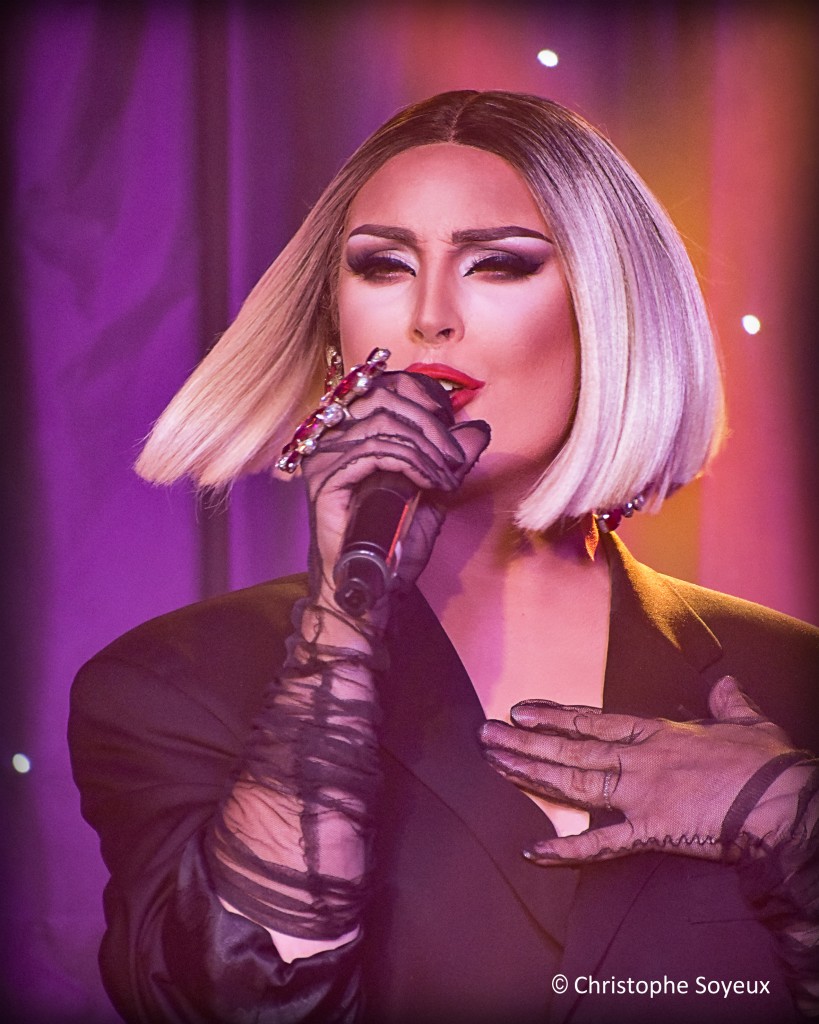 You appeared as one of fifteen contestants for the second season of The Switch in 2018 and was announced the winner of the season. How did this achievement influence your career?

The Switch will remain the experience in which I have evolved the most artistically. The fact of having won allowed me to establish my name and my work in this drag universe. This allowed me to meet the public in South America and the United States, and also to inspire me with their cultures to develop my character even more.

The United States has always been precursors in many subjects, especially in the art of drag. The big American cities have facilitated the open-mindedness of the populations and thus the emergence of the American drag scene. Europe is a more conservative continent. Breaking the codes there is more complicated. Ru Paul’s Drag Race has finally arrived in Europe and it was time! European drag queens finally have opportunities for visibility, both on TV and on social networks. I hope that the national TV channels will continue to play the game and will give even more screen time to our fabulous drag artists. 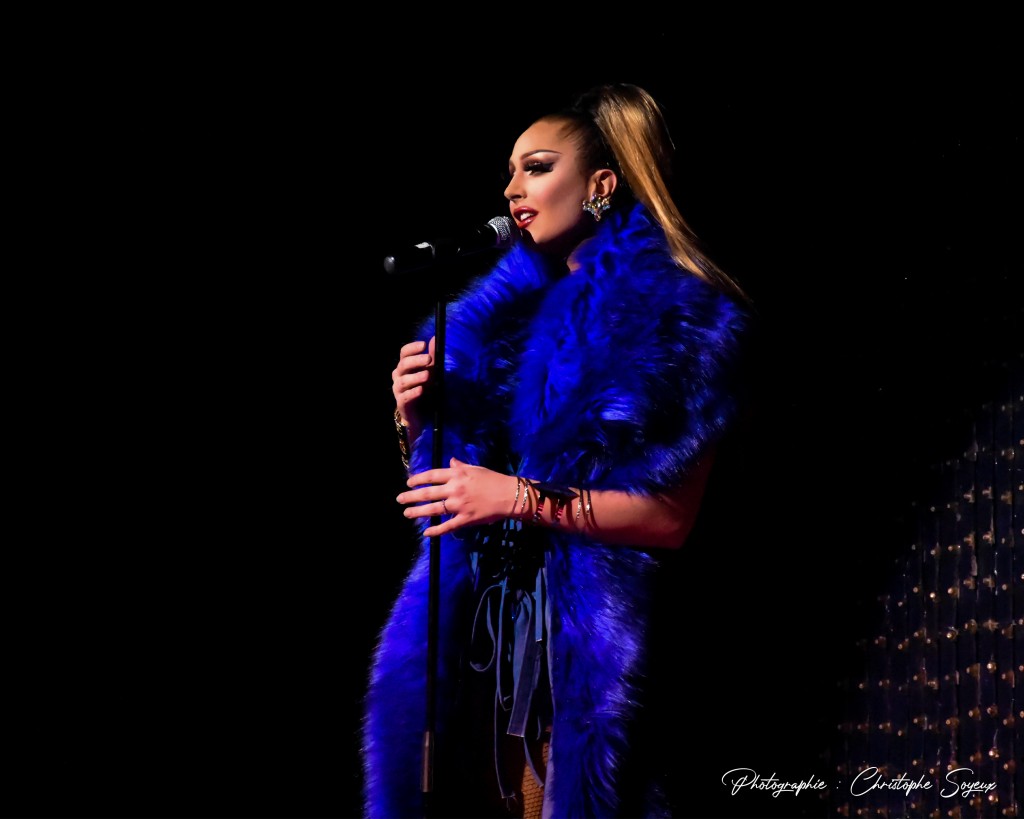 Why is it important to you to perform at the Baltic Pride? What was your most memorable Pride performance?

I can’t wait to discover this new country and this new culture! I am sure that the people of Vilnius will welcome me with open arms and I look forward to sharing my songs with them! And I hope I can give them some pride in being part of this beautiful community. All pride is a memorable memory, but if I have to choose one, I will choose the very first one I could take part in: the pride of Sitges in Spain, with its magnificent scene which has for only the sea that breaks its waves on the golden sand.

I don’t know much about LGBTQI+ rights in Lithuania, but I know that the decriminalization of homosexuality is fairly recent in this culture. I also know that marriage for all is not yet allowed. I keep my fingers crossed so that the open-mindedness of the majority of the world influences politics and people as quickly as possible, so that in the next few years that will change, and so that LGBTQI+ rights are the same for everyone else. I am really excited to perform in Vilnius, and you can expect fun, high vocals, and songs that you like, to sing it with everybody together!

Oh … something very funny never happened to me on stage, but I remember one time when my microphone went off in the middle of a song because the batteries had not been changed! Obviously this is a very embarrassing situation at first, but finally it is a beautiful memory because the audience started to sing with me, and support me in this little inconvenience. 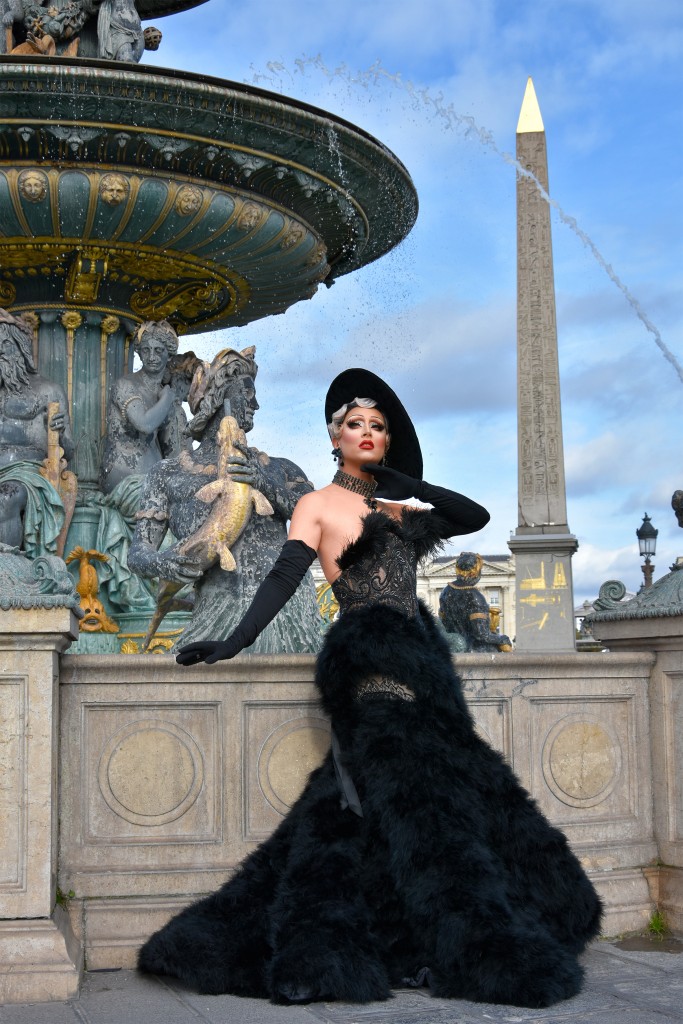 Were there any LGBT-friendly performers representing your country in Eurovision song contest?

Of course! We had Bilal Hassani, among others! He has been an excellent representative of our country at Eurovision, and he continues to inspire and give visibility to our community in France. I have a little confidence: I hope that one day I will be the one who will be proud to represent France in the Eurovision Song Contest. It’s a real dream!

I wish them the consideration and equality that everyone deserves, as soon as possible! Stay proud of who you are, and remember that it is this diversity that makes our world beautiful. After all, it is all the colours of the rainbow that make it beautiful and exceptional. 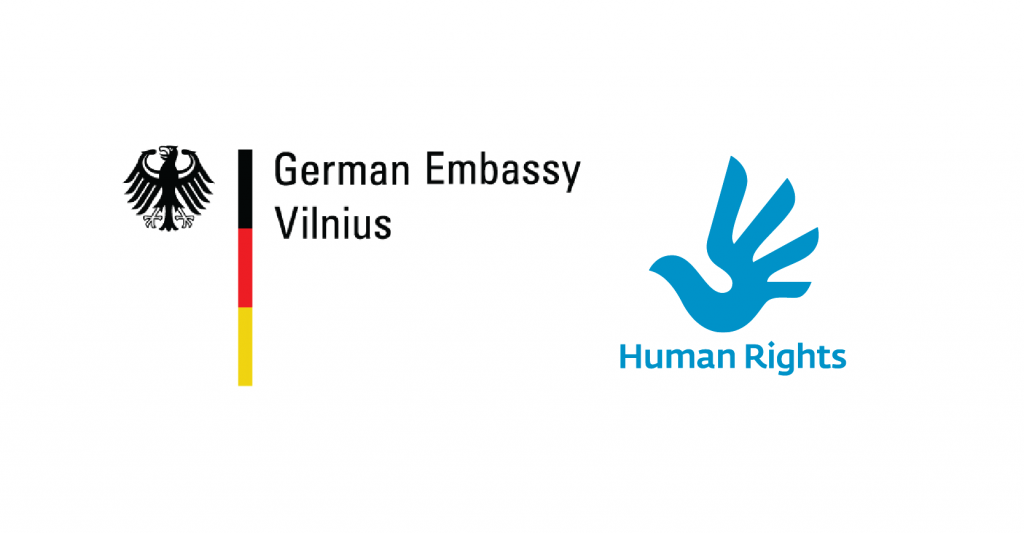 Leona Winter’s participation in the Baltic Pride 2022 is sponsored by the French Institute in Lithuania. 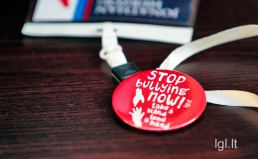 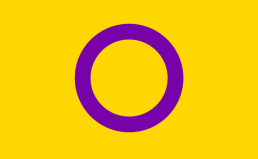