Spanish drag performer Sharonne joined French and Swiss divas LaDiva Live and Catherine D’oex for a one-of-a-kind performance during the Pride Voices Gala under the framework of Baltic Pride 2019. Sharonne was looking forward to her first performance in Lithuania. She found time in her busy schedule to talk about drag shows and their role in LGBT culture.

Could you tell me briefly about your career? How did you become a drag performer?

“Well, I studied for 4 years in a performing arts school, and with the help of two friends, we created our own theatre company and started working immediately. It worked for six years, but making a living as a working actor was so difficult that I needed to find other ways. There were a few drags that were great fun, and I said to myself ‘Why not to try to make some money?’. What started as an extra ended up being my daily job. I’ve worked on television, big shows, dinner shows, musicals, everything. And I got to know myself a little bit more through my alter ego Sharonne.”

Why is it important to you to perform at Baltic Pride? What was your most memorable Pride performance? Have you ever performed in a TV show?

“I think Pride is a very important day to celebrate, especially in those places where LGBT community is not as visible as we would like. I mean, not everywhere is like in New York, Barcelona or Paris. Unfortunately, there are many places where the traditional society or the leading powers at a specific moment do not respect everybody’s rights. It’s like they think that society can be separated into better and worse citizens. We have to fight for freedom, for human rights, for tolerance everywhere all over the world.

My most memorable performance was last year. My dad passed away on the 28th June, on the same day when we celebrate Pride in Barcelona, and I was so devastated that being in front of this massive and wonderful audience, leading the show and singing, seemed impossible to me. He decided to leave on that day when we celebrate our freedom and love. At the beginning, when I was younger, it was very difficult for him to accept my homosexuality. But finally he ended up accepting it. I think I had to be there for him, for me and for my people. I dedicated the song “High Energy” to him because his love was lifting me for real and I felt very close to him.

I’ve been performing in many TV shows. The last one is called Tu cara no me suena todavía, where you have to impersonate famous characters, and I had the chance to win the first program and made it to the final.”

Are you familiar with the LGBT human rights situation in Lithuania? Do you believe that progress will be made soon? Are you looking forward to your performance in Lithuania?

“For sure, I believe there will be progress soon. I think we are stronger now. There is a new awakening in the mind of the world and maybe there are countries that don’t yet accept all kinds of love, because they still classify people. But this is slowly changing and we are growing in numbers, we are becoming more courageous and raising our arms together to say we exist. I can’t wait to perform in Lithuania, I’ve been invited to do it and you can’t imagine how happy I am to be able to perform here.” 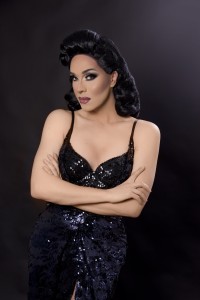 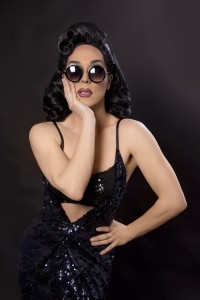 What can we expect for the Baltic Pride Voices Gala event? Have you prepared any surprises for us? Could you tell us more about your collaboration with LaDiva Live?

“I can’t tell you about the surprises but for sure there will be plenty. I had the chance to meet LaDiva Live in Barcelona a few years ago, and I became a fan of hers. Her voice, her presence, her sensibility really moves me and we finally sang together last year and we realised we wanted to do more together. Finally, we will have a chance.”

“Actually, I had the chance to be the MC of a big show that is touring all over Spain. But the main MC of the show of the past year was a comedian/actress, very famous in Spain and many countries, called “La Terremoto de Alcorcón”, who is a dear friend of mine and very famous and loved in LGBT community. One day, I remember a couple of guys enjoying the show so much and once we finished, the whole company waited for the audience to take pictures when they left the theater, and these guys told me they really enjoyed the show and that they were my fans. We took the picture and the next day I saw on Instagram that they were super happy for being on the show of “La Terremoto” and they tagged me as if I was her. They really thought I was her. It was so funny. They thought I was a woman.”

Were there any LGBT-friendly performers representing your country in Eurovision song contest?

“There have been legendary singers representing my country in Eurovision, but lately it has been a little controversial, because they decided to elect the singer through a talent show. Sometimes they are very young and not so much into the contest, and this is a problem for the fans. Otherwise I dream of having somebody like Conchita Wurst or Dana International representing my country, they are my icons. I love them both.”

“Americans are the kings of entertainment and Ru Paul has been working hard on it for years. I think he really deserves all the good things he is experiencing now. Anyway, the US is a big country with a lot of states. The main step to take to mainstream drag culture is to have some courage. We need the production companies to be brave and start believing in the potential of drag performers.”

“I wish for Lithuania the same thing that I wish for the rest of the world. Being different can’t be punished. The governments are supposed to defend their citizens, to take care of the society, especially when it comes to human rights. Freedom, tolerance and love are needed everywhere.”