The Pride Voices Gala event under the framework of the “Baltic Pride” 2019 festival was unforgettable. French drag queen LaDiva Live, widely known within the circles of Lithuanian LGBT community was joined by her friends and colleagues Sharonne from Spain and Catherine D’oex from Switzerland for a live theatre drag performance of a lifetime. Today we converse with Swiss drag queen Catherine D’oex about her first ever show in Lithuania.

Could you tell me briefly about your carrier? How did you become a drag performer?

“I started my career 15 years ago, at a party celebrating a union between two men. Quickly I made prevention against STIs and HIV in the gay community of French-speaking Switzerland, and at the same time I became an ambassador for French songs.”

Why is it important to you to perform at the Baltic Pride? What was your most memorable Pride performance? Have you ever performed in a TV show?

“My performance at Baltic Pride is very meaningful to me. Wherever I go, I defend the right to freedom: freedom of expression, freedom to be who we are. I will continue as much as I can to fight against injustices. I have a very strong memory of a performance during a pride in a very conservative region in Switzerland. I was very touched to feel the public recognition. I also had a very moving experience at a gala in Kiev, Ukraine.”

Are you familiar with the LGBT human rights situation in Lithuania? Do you believe that progress will be made soon? Are you looking forward to your performance in Lithuania?

“I know that although homosexuality had been decriminalized in Lithuania, the situation remains uncomfortable for LGBT people. I am optimistic and I believe that everywhere in the world there will be progress in terms of equality. In order for it to happen, it is necessary for people to mobilize, raise awareness and fight for freedom and stand against injustice. I am always appreciative of the commitment of the associations that fight essential battles. I am very much looking forward to participating in Baltic Pride and being able to support and learn about the realities of Lithuanians.” 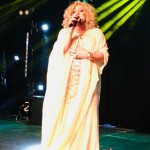 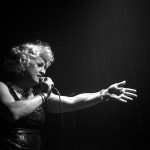 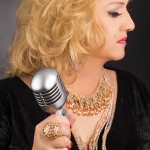 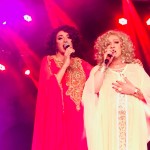 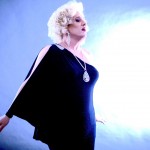 What can we expect for the Baltic Pride Voices Gala event? Have you prepared any surprises for us? Could you tell us more about your collaboration with LaDiva Live?

“I am an ambassador for French songs. So I am going to prepare a program that talks about love, from Edith Piaf to Celine Dion … but it is a surprise! LaDiva Live is like a sister to me. We do not have the same voice, nor the same repertoire, nor the same homeland, but it is the same reason that leads us to perform on stage: to meet different audiences and to open at dialogue of hearts with those we meet. She is one of the most significant people in my life.”

“The funniest stories that have happened to me in recent years are still related to LaDiva Live, but I cannot reveal anything!”

Were there any LGBT-friendly performers representing your country at the Eurovision song contest?

“It has been a long time since Switzerland has not been a winner of the Eurovision Song Contest. One of my favourites is Céline Dion, who represented my country in 1988 and has always defended LGBT rights in Quebec. On the other hand, other regional artists are mobilizing in Switzerland to fight against discrimination.”

“I think it is difficult to compare Europe and the United States in many cases. The drag culture in the United States is quite caricatural and very flashy. Europe is, from my point of view, more reserved. Drag culture is developing quite well in Switzerland at the moment. The population is more open than before and people need to dream, laugh, have emotions, and if the show is of quality, all these elements will be present.”

“I want the Lithuanian LGBT community to have the strength and courage to continue to be an energetic advocate for human rights. So that here in Lithuania, and all over the world, we are free to be who we are. Free to love.”