1 in 4 Lithuanians disagree that gay, lesbian, bisexual and trans people should be free to live their own life as they wish.

The National LGBT rights organization LGL, based in Lithuania, announces the initiatives “Hatred is not a Family Value” and “Identify and Report”. Through a series of public events planned for the coming months, the awareness raising campaigns seek to encourage reporting, and educate on the legal basis of LGBT-related hate crimes and hate speech in Lithuania.

During the past few months, we have all witnessed movements promoting disunity and hatred between LGBT and other citizens of Lithuania, as well as attempting to ban the biggest and most attended LGBT event in the country – Baltic Pride 2019. We believe that no campaign can promote family and hatred at the same time – hatred is not a family value.

Despite having an extensive and relatively elaborate Criminal Code prohibiting hate crimes and hate speech targeting individuals based on numerous grounds including sexual orientation and gender identity, as well as having adopted the EU Directive on Victims’ Rights, the current Lithuanian legislation falls far short of realizing the guarantees and rights afforded to crime victims. The recent rise of anti-LGBT movements, arson attacks in July-August 2018 in Vilnius, as well as the public attitudes of some Lithuanian politicians, are proof of that.

Lack of civic empathy towards LGBT rights is also a worrying problem in our country. According to the representative study carried out in Lithuania in the framework of the Call It Hate project, only “1 in 5 people may intervene if a LGBT person is pushed and slapped on the street by a stranger” and “1/3 of responded people say that they do not feel empathy for LGBT+ couples physically assaulted after holding hands in the street.”

With around “1 in 4 people disagreeing that gay and lesbian, bisexual, and trans people should be free to live their own life as they wish”, Lithuania stands as one of the least tolerant EU countries of LGBT rights. This survey was conducted by TNS LT on behalf of the Call It Hate partnership, during 2 – 23 August 2018, with a total number of respondents being 1,000.

”The survey showed that, paradoxically, working adults in Lithuanian urban areas are more tolerant towards LGBT+ persons than urban youth, while rural elders are somewhat more neutrally predisposed towards transgender persons, since they lack understanding and information about such persons – most likely they will become more intolerant while learning about transgender persons” says the survey expert Algirdas Davidavičius.

As a poorly understood concept among the general population, there is a need to address the harmful effects that hate-motivated incidents have on the victim group and the society as a whole, because they make the victims afraid of opening up, they often blame themselves and lose trust in justice. Therefore, through our initiatives “Hatred is not a Family Value” and “Identify and Report”, we will work together with the community and the general population to address the increasing distrust in the law enforcement officials and the means of reporting (e-police platform, anonymous reporting to NGOs, UNI-Form app etc.) by LGBT community.

“While it is essential to take measures to prevent such crimes, it is equally important to ensure that victims have access to justice: that they are able to report to competent institutions, that the crimes are promptly and effectively investigated, that perpetrators are punished and that victims receive the support they need” – Vladimir Simonko, Executive Director of LGL. 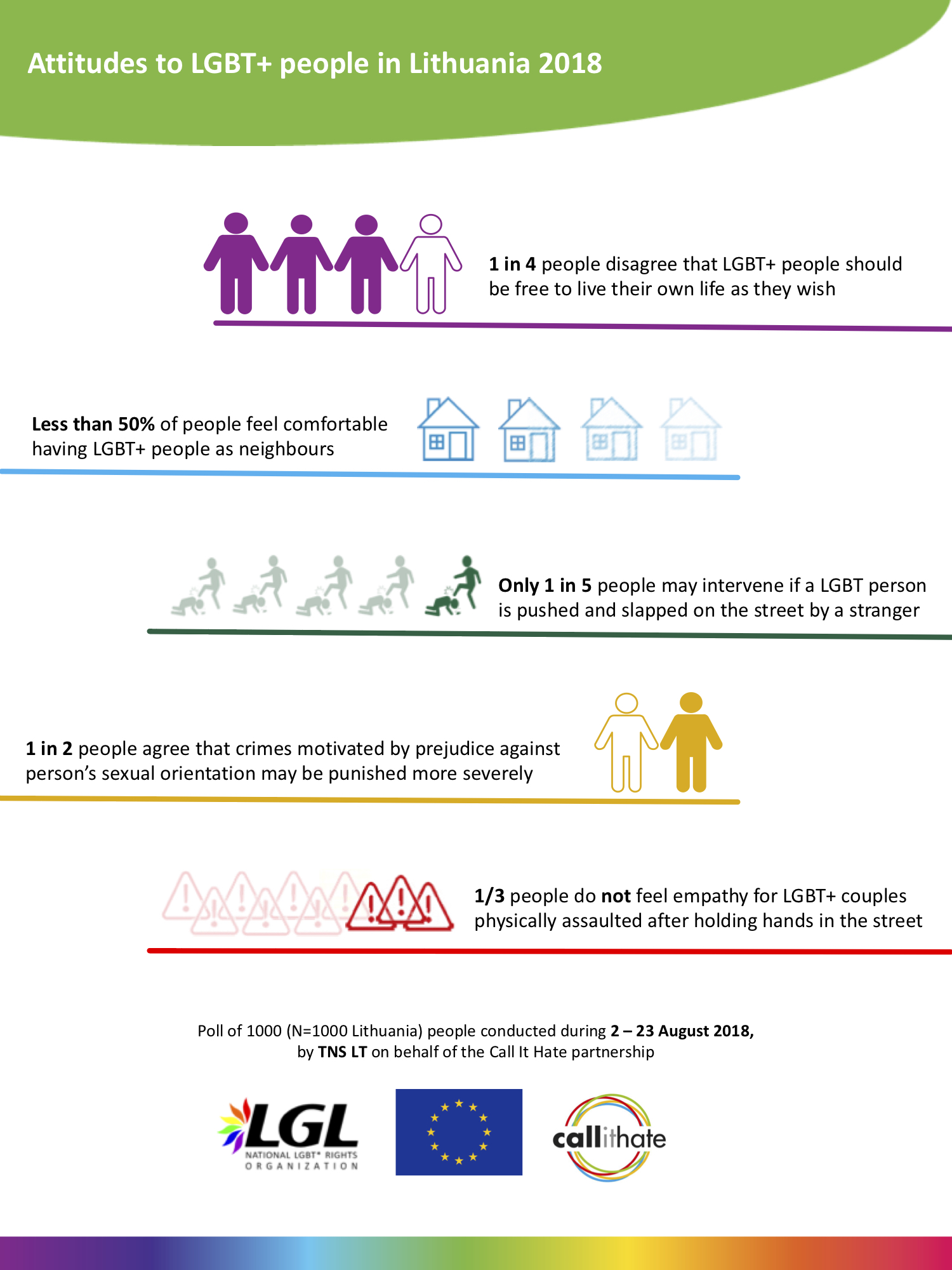