How and from where did the idea to organize an awards ceremony of this kind in Lithuania come about? What was special about the first awards ceremony? What do these awards symbolize and imply for the future? In light of the upcoming fifth National Equality and Diversity Awards anniversary, we discuss these questions and others with the following NEDF representatives: Henrika Varnienė, administrative director of the Lithuanian Disability Forum; Rugilė Butkevičiūtė, project director of the Women’s Issues Information Center; and Vladimir Simonko, executive director of LGL.

“The idea to organize the National Equality and Diversity Awards came to us when we were thinking about what is seriously lacking in Lithuania, and that’s awareness of human rights, equality, diversity and discrimination. We thought: there are music and sport awards, why not organize something similar for us? Working in non-governmental organizations in this day and age, we saw how little attention is afforded to human rights organizations that are trying to get society to pay attention to issues of discrimination. The awards embody the idea of providing additional visibility to organizations that do this difficult work every day, and getting society acquainted with various equality and diversity initiatives. Later, we decided that members of the public would be able to suggest and vote for nominees in various award categories, in this way getting to know the reality of human rights in Lithuania,” said Rugilė Butkevičiūtė, project director of the Women’s Issues Information Center.

She remembers the first National Equality and Diversity Awards ceremony, which took place in the State Small Theatre of Vilnius, with nostalgia. “We were very excited, but also nervous and somewhat uncertain, because we didn’t know how representatives of various institutions and society would react. But it turned out there was nothing to worry about – this was a unique, high-profile and absolutely positive event. The organizers received a lot of positive responses after the first awards ceremony. The participants and guests all commented on what a meaningful and needed initiative it was. It was a unanimous decision for us to start organizing the event every year. We’re glad to see it already becoming a beautiful tradition,” the Women’s Issues Information Center representative said.

What does a National Equality and Diversity award mean? “The people who receive these awards don’t hide the fact that this speaks highly of their work. It’s nice seeing the awards’ prestige increase over time. This event garners more and more public attention, we’re seeing more and more great initiatives nominated, and more people participating and voting. Unfortunately, however, state representatives may need a bit more time. Perhaps due to their formal, stereotypical views and incompatible priorities, it’s easier for us as organizers to talk to foreign ambassadors to Lithuania about sponsorship for the event. We believe in the awards’ principle of not succumbing to frustrations, and we talk about the organization of the awards with new hope every year, because we understand that in the long run, this is the path we have to take,” she continued.

When asked about the future of the awards, she expressed hope that they would become an ongoing NEDF initiative. “I’d like to think that the awards will grow and spread. Maybe someday the awards for people, companies, organizations and institutions contributing to the promotion of equality and diversity in Lithuania will be given out in Siemens Arena,” said the representative of the gender equality-focused organization.

The winners of the National Equality and Diversity Awards 2013

“Leading up to the awards, NEDF had a fantastic experience working together with the Equal Opportunity Ombudsperson’s Office to implement the European Commission-financed project “ĮVAIROVĖ.LT” (DIVERSITY.LT). During the project, the Lithuanian Disability Forum met with partners from Norway, who gave a presentation about their country’s yearly Diversity Mirror awards,” said Henrika Varnienė, the Lithuanian Disability Forum’s administrative director, of the awards’ backstory.

According to the organization, which defends the rights of people with disabilities, the Forum was eager to learn from the Norwegians’ experience and make this idea a reality in Lithuania: “We’re glad that representatives of non-governmental organizations in particular had the idea to organize these awards. The National Equality and Diversity Awards are, first and foremost, there to celebrate and honor years of work from everyone in the non-governmental sector.”

The venue of the National Equality and Diversity Awards 2013

Varnienė considers the first ceremony in the State Small Theatre particularly special. “Far more people showed up than we had expected, so we had to seat participants on the stairs, and there wasn’t even room left for the organizers. But it wasn’t like we had time to watch the event – we were the directors of the ceremony. We had no idea a first event could go this way. Maybe it was so successful because we did everything sincerely ourselves. After the first awards ceremony, we decided to hold them again in a bigger venue better-suited to the number of participants,” said the Lithuanian Disability Forum representative.

“In other countries, events like this one receive politicians’ attention and financial support. In Lithuania, that’s still quite difficult to achieve in this sphere. But I think things are changing, little by little,” said Varnienė.

Official letter of thanks to the National Equality and Diversity Forum by former Prime Minister A. Butkevičius

Vladimir Simonko, associative director of LGL, has a different memory of how the National Equality and Diversity Awards began. He says with a laugh that this shows how important the awards are to the NEDF member organizations. “In 2013, we took part in an international forum in The Hague to mark the International Day Against Homophobia and Transphobia (IDAHOT). During the event, we were invited to an awards ceremony for our achievements in the LGBT* rights sphere. The awards ceremony took place in an impressive venue, a theatre. I was blown away by the fact that this type of event could be organized so professionally. It was so beautiful, logical, impactful, comfortable and meaningful that I went home thinking about how to make something similar happen in Lithuania. I felt that it was still too early for an LGBT*-targeted awards ceremony, so other NEDF representatives and I thought it made sense to work together to adapt this idea to our situation in Lithuania. Our coalition partners supported the idea, so all that was left was to make it happen,” Simonko recalls.

“We started from a blank page, but I was still thinking about the ceremony held in The Hague. We looked for a similar venue, so the first National Equality and Diversity Awards took place in the State Small Theatre of Vilnius. The event was cosy and small, we felt like one family. It was so nice to have put this project in motion with forum members who supported our vision. It was a unique atmosphere, because we didn’t know what to expect. We had to improvise more than a little bit, but everyone was happy with the result. The French Institute in Lithuania contributed to the event, and thanks to them, we were enchanted by pianist Nicolas Stavy’s accompaniment that evening. It would be difficult, if not impossible, to recreate the atmosphere of the first awards ceremony. I would compare them to a first love. Nobody knew if these awards would gain momentum. However, after looking over Augustas Didžgalvis’ photos of the ceremony, we had no doubt that we’d have to keep holding them every year,” the director of LGL reminisced.

“I hope that the awards will have an impact on the cultivation of equality and diversity in Lithuania. It’s important to insure their longevity. There are many awards in Lithuania, but none have anything in common with the National Equality and Diversity Awards. I’d like them to go down in history as a collaborative effort between NEDF and the Office of the Equal Opportunity Ombudsperson. The history of equality deserves to be immortalized in some way. After the first awards ceremony, NEDF members received thanks from then-Prime Minister Butkevičius for the meaningful effort demonstrated by non-governmental organizations,” said Simonko.

“Unfortunately, some politicians still think that endorsing these awards won’t help them ensure voter support. In my opinion, this is a simplistic lack of foresight. History will show that those who believe in the equality of all Lithuanian citizens will win. The continuing success of the awards shows that equality is a value no longer questioned in Lithuania. The fact that the National Equality and Diversity Awards will take place for the fifth time in 2018 shows that, more and more, we value and understand the importance of equality and diversity. Our ambition is to put on a better event with each passing year. Who knows, maybe these awards could turn into an international event in the future?” Simonko suggested. 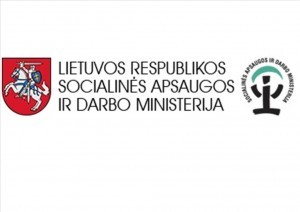 This article is produced and published under the framework of the NEDF Institutional Development Project No. (2017) NOBR-135, supported by the Ministry of Social Security and Labor of the Republic of Lithuania.

A Message of Support for the Belarusian LGBTI Community: Freedom and Justice will Prevail