The Baltic Pride 2017 this year took place in the beautiful Estonian capital of Tallinn.

I was waiting to attend this event, and I decided to reach Tallinn by hitchhiking with a friend of mine from Vilnius, and be hosted by local people through Couchsurfing, because we thought it was the better way to fully live this special experience. We met a lot of amazing, different, and friendly people that helped us go where we had to go and showed us the city as well.

We have been pretty lucky with the weather during those days, Tallinn was bright, sunny and perfectly warm to enjoy the beautiful sights of the city and mostly the march of the Pride!

Honestly I didn’t know what to expect during the day of the march, because I knew that the situation of the LGBT community is not easy in the Baltic countries, even if Estonia seems the most open minded about it, comparing to Lithuania and Latvia. But when I arrived on the place of the meeting point and I saw that sea of people from above, joyful and euphoric, getting together to celebrate the freedom of being themselves, I realized that everything would go well and it would be a beautiful day.

The march was very enjoyable, calm but festive, full of energy and happiness despite four protesters, with some protest signs and honking on the side, the fact is that nobody cared about them, moreover the security guards and volunteers were present there ready to intervene and keep everybody safe.

Many people from different countries participated, not only from the other Baltic countries, but from all Europe and Russia too, standing up together for freedom (like protesting against genocide in Chechnya) and just love. Walking side by side through the old town till the square in front of the cinema Sõprus, where an open air concert took place with many artists playing, and people from important organizations had a speech and celebrated this important event.

The celebration has continued even after the sun went down. My friends and all the participants and me, we went to the official after party of the Pride in a fancy club in the old town, where we still danced and enjoyed that amazing atmosphere of freedom and pride all together.

It was a fun and interesting experience to attend this event in a country so far and different from mine. The most beautiful surprise for me was to be there with my new friends that I didn’t expect they would participate too. But even more surprising was, after the march, my dear friend Tania from Ukraine told me that it was the first time for her to personally participate in a Gay Pride, so she thanked me for bring her there, cause seeing it with her own eyes, that there were just common people celebrating, opened her mind.

There are still many people all over the world that need to open their minds, to realize that there is nothing to be afraid of being yourself and let others feel free to being themselves. But seeing that there are already many people standing up for this, made me happier and hopeful for the future. Not only mine but everybody’s. 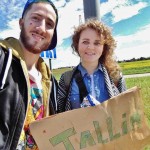 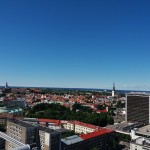 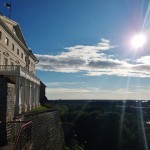 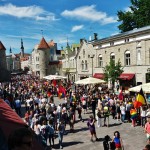 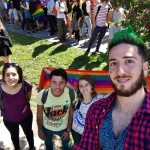 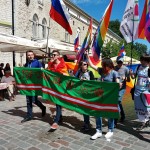 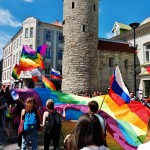 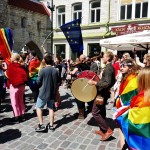 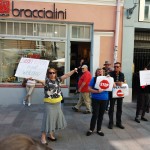 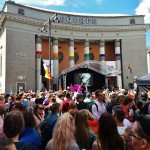 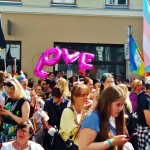 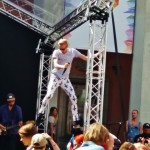 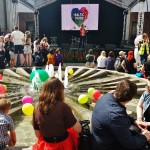 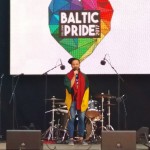 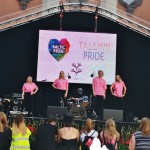 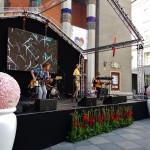 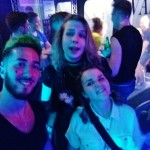