On June 16th, 2017 the European Court of Human Rights (ECtHR) informed the Lithuanian Government that it will consider a petition by Pijus Beizaras and Mangirdas Levickas regarding refusal by the national authorities to investigate into instances of homophobic hate speech online. Applicants, who are represented by the National LGBT* Rights Organization LGL, claim that the prosecutor’s office and the national courts have unlawfully refused to start a pre-trial investigation regarding homophobic online comments against the applicants on the social network “Facebook”; thus, the Lithuanian authorities have violated the applicants’ rights to respect for private life, effective legal remedy and non-discrimination on grounds of sexual orientation enshrined in the European Convention on Human Rights. The National LGBT* Rights Organization LGL welcomes the Court’s decision and is hopeful that the ECtHR’s judgement will help to address the systemic problem regarding ineffective response by the national authorities to the negative phenomenon of hate crimes against LGBT* people in Lithuania. 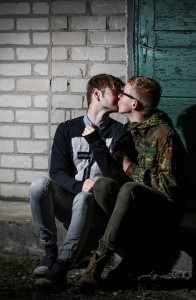 In 2014 the applicants posted a same-sex kiss picture on a personal “Facebook” profile. The picture received more than 800 comments on the social network. The majority of online comments were inciting hatred and violence against LGBT* people in general, while a number of comments were directly threatening the two gay men in question. Some examples of the posted comments include “Faggots should be burnt” (Lith. “Sudegint pidarastus“), “You both should be thrown into gas chambers” (Lith. “I duju kameras abu“), “You are fucking gays, you should be exterminated” (Lith. “Gėjai jūs supisti, jus naikinti nx.“) and “Kill them!” (Lith. “zudyt!“).

The National LGBT* Rights Organization LGL lodged a complaint on behalf of two gay men in question to the Prosecutor General regarding 31 comments on their social media profile. The complaint was lodged under the Article 170 of the Criminal Code (i.e. prohibition of hate speech). It was indicated that comments in question ridicule gay people and incite discrimination, hatred and violence against them.

The Prosecutor’s Office issued a decision not to start a pre-trial investigation regarding the complaint in question. After the appeal the same decision was upheld by the two higher instance courts. The final instance court stated that “[t]he majority of the society of the Republic of Lithuania very much appreciate traditional family values. It is established in the Article 38 of the Constitution that family shall be the basis of society and the State; family, motherhood, fatherhood and childhood shall be under the protection and care of the State; marriage shall be concluded upon the free mutual consent of a man and a woman. […] in this instance the individual by posting a picture of two kissing men in a public sphere should have and must have foreseen that eccentric behavior really does not contribute to social cohesion among individuals with different views in the society and promotion of tolerance.”

In August, 2015 the National LGBT* Rights Organization LGL, on behalf of Mr. Beizaras and Mr. Levickas, submitted a petition to the European Court of Human Rights (ECtHR), alleging that the failure by the national authorities to investigate the above described instances of hate speech has violated the applicants’ rights to private life and the right to effective legal remedy taken in conjunction with the general prohibition of discrimination. In June, 2017 the ECtHR communicated the case in question to the Lithuanian Government. 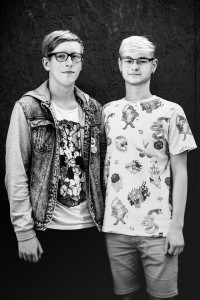 While communicating the case Beizaras and Levickas against Lithuania (Application No. 41288/15), the ECtHR has raised two particular questions to the parties. First of all, the Court is inquiring whether there has been a violation of the Convention on account of the domestic authorities’ decision to discontinue the criminal investigation concerning the comments on the applicants’ “Facebook” social network page. Secondly, the Strasbourg court would like to know, whether the applicants suffered discrimination on the grounds of their sexual orientation. The Court referred to the applicants’ grievance about the Lithuanian authorities’ predisposed bias against a homosexual minority, given that the two applicants’ same-sex kiss picture had been interpreted by those authorities as “eccentric behaviour” and as “attempt to deliberately tease or shock individuals with different views or to encourage the posting of negative comments” which, in turn, also led those authorities to discontinue the criminal investigation. The Lithuanian Government is invited to respond to these questions by October 11th, 2017.

“The ECtHR’s decision to communicate the case to the Lithuanian Government clearly indicates that derogatory and threatening comments against LGBT* community in Lithuania have become a social norm,” – notes the lawyer of the association LGL Tomas Vytautas Raskevičius, who is representing the applicants before the Strasbourg Court. “The Lithuanian authorities have intentionally refused to investigate into complaints about hate crimes and hate speech against LGBT* community throughout the years; thus, the atmosphere of impunity fuelling homophobia is being created in Lithuania. We hope that the positive decision by the Strasbourg court will help to stimulate the necessary change,” – commented the LGL’s representative.

The case file of the Beizaras and Levickas against Lithuania (Application No. 41288/15) can be accessed through the ECtHR’s database: http://hudoc.echr.coe.int/eng?i=001-175326.