The Equality March for Unity and Pride, a protest by and for LGBTI people, took place on Sunday 11 June.

In January, the Women’s March took place in Washington D.C. In April, it was the People’s Climate March. And today, during Pride month, thousands are taking to the D.C. streets for the Equality March.

Since the election, there has been a rise in hate crimes, especially among LGBTI individuals. And just days before the Equality March, President Trump addressed leaders of anti-LGBTI groups.

According to the organizers, ‘The “Equality March for Unity & Pride” is a grassroots movement which will mobilize the diverse LGBTQ+ communities to peacefully and clearly address concerns about the current political landscapes and how it is contributing to the persecution and discrimination of LGBTQ+ individuals.’

Unlike typical Pride celebrations, this March is more of a protest. The organizers want to show those in political power, including the Trump administration, that they won’t stand for discrimination anymore.

‘The event is grounded in the idea that Pride started as a resistance — as a riot, if you want to call it that,’ Jose Plaza, co-chair for the Equality March and president of the Latino GLBT History Project, told Vox.

The organizers of the March are emphasizing the need for diversity within the LGBTI community. A statement on their website reads:

‘The march is centered on the principle that in order to heal from the decades of neglect and erasure of marginalized people in the community, we must center transgender and gender expansive communities, and people of color. The co-chairs demand the inclusion of those left behind by social justice movements, including Black, Latinx, Bisexual, and differently-abled individuals. The co-chairs firmly believe that the community finds strength in diversity, and that the current political and social movement demands not just solidarity, but work towards intentional equity, representation, and protection of the most vulnerable.’

Though the main march is taking place in D.C., other Equality Marches are happening around the United States and the world this weekend. Some participating cities include Austin, Texas; Boston, Massachusetts; Chicago, Illinois; Ottawa, Canada; Sydney, Australia; and Barcelona, Spain. 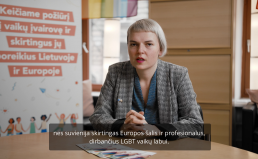 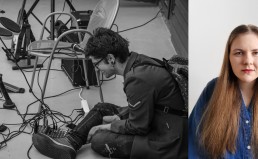 Participants of IT Courses Organized by LGL: New Opportunities and Respect for Diversity