Discrimination on the grounds of sexual orientation and gender identity has no place in our society, but for many people in Europe, it is a daily reality. The European Commission is standing against discrimination, against prejudice and against hate. We’re showing Europe that no matter who we love or who we are, we all share the same dreams!

The 2015 Eurobarometer on discrimination shows that almost 60% of EU citizens see discrimination based on sexual orientation and gender identity as widespread.

According to a recent study by the European Fundamental Rights Agency, two-thirds of Lesbian, Gay, Bisexual, Transgender, Intersex (LGBTI) people, conceal their sexual orientation or gender identity. The vast majority of participants recall harassment against LGBTI students during their time in school. Many describe school as “hell.” 91% say they witnessed students being poorly treated just because they were perceived as gay. Half of all respondents avoid certain places – public buildings, squares or public transportation – for fear of being harassed, threatened or attacked on account of their sexual orientation or gender identity.

To tackle discrimination against LGBTI people in the EU the Commission has put forward the ‘List of actions to advance LGBTI equality’, including a communication campaign to improve the social acceptance of LGBTI people. The Council of the European Union has adopted Council Conclusions on LGBTI Equality for the first time in June 2016, supporting the Commission activities in this area.

The campaign features LGBTI and straight people sharing the same dreams. The campaign focuses on the things that unite us rather than divide us and underlines that hopes and dreams are universal to us all.

Factsheet of the campaign. 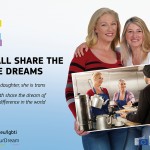 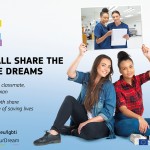 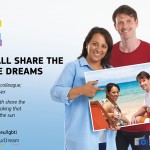 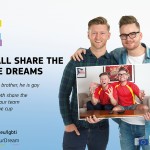 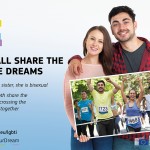