In February young people from eight European countries will travel to the Netherlands to exchange and gain knowledge and skills on LGBTQIA+ rights, history, culture, issues and needs in their countries. LGL’s volunteer Justė Miliauskaitė will lead the group from Lithuania. Justė and the other group leaders met to prepare the youth exchange. Here is what they experienced:

From 14yh to 15th of January group leaders of eight European countries gathered in the Netherlands, a small town named Ommen. Volunteers from Greece, Italy, Spain, Romania, Bulgaria, Latvia, Lithuania and the Netherlands came to an advanced planning visit for an upcoming youth exchange called Active Rainbow, which will take place in February and will last ten days.

After the arrival there was no time for sitting around and tediously disputing the program of the exchange: The writer and initiator of Active Rainbow, Cathy Manousaki, had already planned a schedule – not only the upcoming exchange, but also for both days of the advanced planning visit! The group leaders exchanged experiences, worries, inspirations and ideas, some of them we brought to life immediately.

During the advanced planning visit each of the representatives had the chance to express themselves not only by being part of the events, but also by organizing workshops on their own. Active Rainbow aims to give human rights activists the possibility to exchange tools of informal learning and thus to involve young LGBTQIA+ and supporting people in discovering themselves, in community building, and in critically approaching actions of oneself and others.

During the two days of the advanced planning visit each one of us took part in more than ten workshops, created three short videos promoting social inclusion of young LGBTQIA+ people in society, and talked about some important topics. After returning from the Netherlands it’s hard to put my feelings into words – just, wow! It seems we have a really ambitious, enriching and active project ahead of us.

In March, wait for our team to come back with experience and events! We will try to activate Your inner rainbows! :)

Interested in participating? Check this link for the detailed info letter: http://bit.ly/ActiveRainbow_2016-Infoletter
For more details and the application form send an e-mail to annemarie@gay.lt

Here is one of the videos we created: 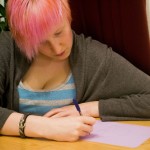 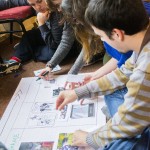 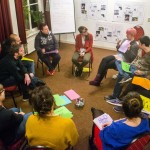