On the 31st October, 2015 Vladimir Simonko, co-founder and Executive Director of the Lithuanian National LGBT* rights organization LGL, was elected to the ILGA-Europe Executive Board for the period of 2016-2017 during the elections by the Annual Conference, held on October 28th – 31st, 2015 in Athens (Greece). “I am sure that active participation in the ILGA-Europe Executive Board will enable me and my organization, which has been a member of ILGA since 1994, to contribute more directly towards the current needs of the movement. I believe that together we can make the change, which benefits not only the privileged ones, but also all our brothers and sisters in the diverse and unique European LGBTIQ community,” stressed Vladimir Simonko.

In addition to supporting the ILGA-Europe’s leadership and its continuous work in assisting member organizations all across Europe, Vladimir Simonko introduced three thematic topics as a platform for his membership in the ILGA-Europe Executive Board, namely:

Furthermore, Vladimir Simonko will also seek to ensure proper emphasis on the region of Central and Eastern Europe with the view of comprehensively responding to the pressing human rights challenges in these jurisdictions. Even though LGL strives for the consistent progress in the field of human rights for LGBT* people in Lithuania, the changes in new EU member states are taking much more time than it was originally expected. Based on his expertise during twenty years of activism, Vladimir Simonko observes a setback in the field of human rights and populist tendencies, related to Russian style anti-gay “propaganda law”.

“Having acquired substantial experience in relation to these topics under the national circumstances, I genuinely believe that my motivation, dedication and expertise will serve in successfully assisting our member organizations all across Europe,” concludes the newly elected member of the ILGA-Europe Executive Board.

The national LGBT* rights organization LGL welcomes the decision by the representatives of the ILGA-Europe member organizations to elect Vladimir Simonko to the ILGA-Europe Executive Board. The staff, Board Members and volunteers of the national LGBT* rights association LGL express their support to their leader, wish great success in his work and believe that this important role will contribute to LGBT* human rights progress in Lithuania and in whole Europe. 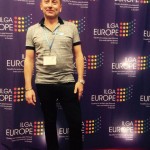 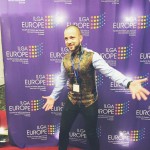 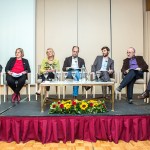 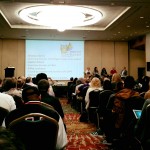 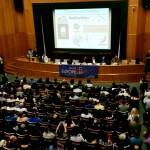 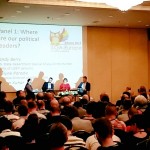 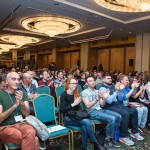 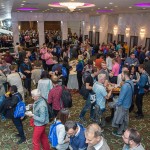 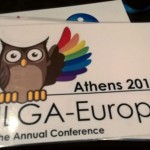